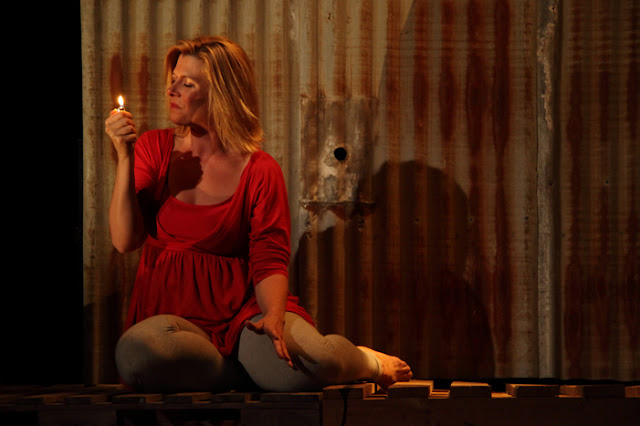 COMPLETE CREATIVE CV HERE
FULL LENGTH PLAYS
The New Normal – if you wait for things to go back to normal, will you be waiting forever? Eleanor and Dylan were in love, then they weren’t. And now they are making new lives for themselves; opening two shops, side-by-side. In the aftermath of Eleanor’s father’s passing, will this dream of a new normal work or will they slip back into the lives they used to lead? (2M, 3F)

The Twelfth of Never – can you put your past behind you when the rest of the world won’t let you forget the day your world changed? Seven strangers meet after life but those that make it back from beyond are having difficulty processing what happened to themselves and the world they thought they had left behind. (3F, 4M)

A Modern Superwoman – when you’re young, your parents seem perfect. Agatha believes her mother is a superhero. Then she discovers she's something else entirely. (2M, 3F)

Who Are You Supposed to Be? - it's the old story of a boy in a TARDIS t-shirt standing in front of a girl dressed as the Fifth Doctor asking her to love him. How far will we go to feel safe, to feel secure and to find people like us? (1F, 1M)
Shakespeare ALIENS - a tale told by James Cameron, full of sound and fury and Xenomorph aliens. For Shakespeare never wrote a story with more guns than this tale of Ripley and the Aliens. (3F, 6M)
Turn, Turn, Turn - in the distant future, four travellers leave one planet for another, determined to put the old world behind them and build a new world. But is the past travelling with them? (4 actors) In development
*

About Time... – you meet, you quickly become best friends, you move in together and then she tells you she’s leaving you for another time. What happens next? (2F)

Cleopatra’s Shadow – two women in modern day New York stare into the past and argue over whether things stolen should be returned or if, once they are gone, there’s history in leaving them where they are. (2F)

Eight Minutes - it's the future and Adam & Eve are arguing over how to eulogise the Earth as the end of the world arrives. (1M, 1F) Script

everything. First time for... – Russell is single for the first time in years, so he heads out to his local, looking to pick up, pretending to be something he’s not. Then his past and present collide and his future looks complicated. (2F, 2M)

The Fidelity Act – in the near future, a man is arrested for cheating on his wife. He’s flirted himself into this predicament but can he talk his way out of it under interrogation? (2M, 1F) Script

It’s Not the End of the World – Tony and Lee are best friends whose Friday night football routine is as unmovable as their friendship is unshakable.  But when Tony’s tall tales put them into conflict, Lee is faced with losing his best friend and the entire world. (1F, 2M)

Lady M – an actress is caught in the middle of playing Lady Macbeth, stuck with a reputation and a character she is, regrettably, becoming more and more like. (1F)

Like a House on Fire – Penny, the middle-aged pyromaniac, doesn’t want you to judge her, but she set fire to a brothel once. Sit down, listen, but don’t fucking judge her, okay? (1F) Script

Poems a Dead Boy Wrote – there’s a moment when you realise you may have said everything you are ever going to say to the love of your life and then you find a collection of poems he wrote and you learn so much more. (1F)

The Riverbank, Once More - Two brothers take a break from their family to reminisce about a river they both have very different memories of. (2M)

Sibling Loyalty – Brendan always listens to his sister’s problems because he knows her really well and can usually help. Today she has asked for help murdering their parents. Brendan doesn’t know what to say, but he’s ruling nothing out. (1M, 1F)
Strange Junctures - Katharine meets Other Katharine and reckon with their pasts and futures, unable to side-step the inevitable collision. The skin of the world is translucent... (2F)
Talking in Circles - Two friends meet after some time apart... in 2020. Time moves differently here. (2 actors)

who are you – Madeleine and Jacqui meet. Maddy and Jacqui are on the run. Maddy wants to know who Jacqui is. Jacqui wants to know how Maddy already knows her name. Someone is shooting at them. One of them knows more than she’s saying. The other knows even less. (2F)

You Will Be Kissed By Princess Leia – David is thirty-five years old. No, he’s fifteen. He’s thirty-five and feeling fifteen all over again. But when he writes a letter to his fifteen-year-old self, he gets a reply that’s he’s not expecting. (2M) Script

Painting with Words and Fire - three monologues for women (Like a House on Fire, Poems a Dead Boy Wrote, Lady M)  and a devised piece about these three very different women meeting.

If you are interested in reading/producing any of these plays, please email me - keith (at) keithgow.com