Who Are You Supposed To Be? 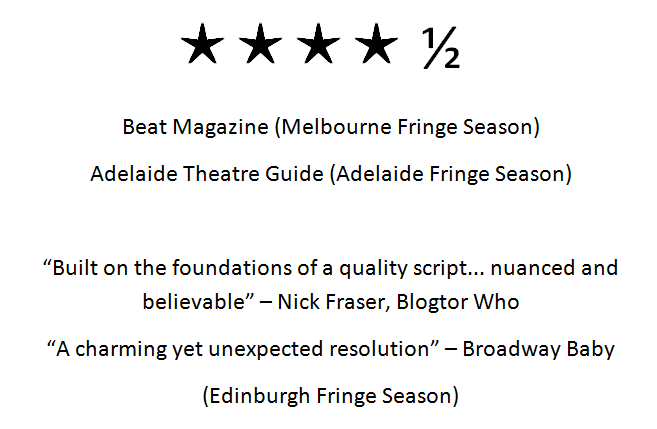 Who Are You Supposed to Be?

A rom-com for geeks everywhere, this is the classic tale of a boy in a TARDIS t-shirt standing in front of a girl dressed as the Fifth Doctor, asking her to love him... and a girl demanding to know why she can’t be the Doctor or Han Solo or Captain Reynolds. They’d be star-crossed lovers (Wars and Trek, obviously) but they have so much in common - surely they can find the time and space to fall in love? This is our love letter to being a fan of movies and television, a fan of science fiction and fantasy, a fan of being who you are and sometimes pretending you’re somebody else just for the hell of it.

The show was developed by Keith Gow & Jennifer Lusk for the Edinburgh Fringe Festival 2013. For that first season, it starred Lusk as Ash and Cameron K McEwan as Gene. McEwan and director Emrys Matthews were invaluable in their contributions during the development of the script.

To celebrate the 50th Anniversary of Doctor Who, the play had a short sell-out season in London at the Etcetera Theatre.

On Lusk's return to Australia, Gow & Lusk collaborated on a new version of the show with actor/comedian/Time Lord Rob Lloyd - which premiered to enthusiastic audiences and great reviews in Melbourne in 2014.

"It looks beyond the obvious nerd jokes to explore gender issues, sexism and the place of non-canonical breasts in geek culture." - Sometimes Melbourne

"A funny, intelligent and geeky romp through the sexual politics of fandom" - Squirrel Comedy

Who Are You Supposed to Be traveled to Lusk's hometown for the Adelaide Fringe Festival in March 2015.

I met Jen ten years ago this July at an advance screening of Serenity - our meeting is referenced in the show. We figured that a show about nerds should have some metafictional humour in it.

I am so thrilled with all we've achieved with this show. It's a comedy, it's romantic but it's not exactly a romantic comedy. And I'm really proud of the discussions the show has started along the way.

Four seasons of the show down and, in a way, it continues to evolve. Just as these characters have their geeky passions, so do I and my actors. We can't help throwing in up-to-the-minute references. During Adelaide we got to joke about Harrison Ford's terrible track record as a pilot, as well as tributes to the passing of Leonard Nimoy and Terry Pratchett.

I think we've achieved everything we set out to achieve with this show - so hopefully this is not the last we see of Ash & Gene. Because just like any passionate people, I feel like their arguments could go on forever. At least, until the BBC hires a female Doctor Who.

Update: the BBC has hired a female Doctor Who

On social media (during the Melbourne Fringe season):

"A winning blend of heart, humour and fandom." - Richard Watts

In late 2015, Who Are You Supposed to Be was invited to be the opening night play at the Write Around the Murray Writers' Festival in Albury. Lusk & Lloyd performed in front of a packed crowd, most of whom arrived in cosplay. After the show, they judged the cosplay contest. A geek night was had by all. 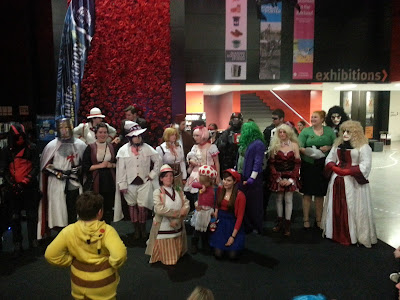