The Wooden Leg is coming to life 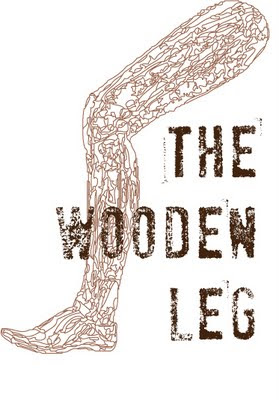 We all make plans. We all talk about the plans we have made. But do we all get what we want out of life in the end? Do we get our happy ending? Brand new theatre company, The Wooden Leg, performs three short plays over 5 nights at The Owl and Pussycat, Richmond from 7-11 September.

With a talented cast of upcoming actors these dark comedies from New Australian Writers Keith Gow and Hayley Lawson Smith, are brought to life with energy and truth. Lauren Hopley, Christine Husband and Paul Knox took on the immense challenge of directing these plays, with only 2 weeks to rehearse and the hectic work schedules of all of the emerging artists involved. With the pressure on, the result is honest, passionate and real performances that are stripped bare.

Three short plays; "You Will Be Kissed by Princess Leia" & "Sibling Loyalty" written by Keith Gow and "Immersed" written by Hayley Lawson-Smith. Produced by Wallis Murphy-Munn through The Wooden Leg.

Don’t miss the inspiring work of establishing Melbourne artists and The Wooden Leg!

And with the press release out of the way, some thoughts on yesterday's rehearsal - the first I've been able to catch.

The Wooden Leg have been lucky to be able to rehearse at The Owl & The Pussycat space in the very short time between final casting and now. Since the production now revolves around three performance spaces at the venue - it was important that the actors and directors be able to get in there and find how to make each space work for their pieces.

"You Will Be Kissed By Princess Leia" will open the evening in the gallery and it's an exciting space for David at 35 to face down David at 15. The way the audience will circle the action, a boxing ring effect is created. But who will come out on top?

Director Christine Husband is doing an amazing job at helping both actors find their character - their similarities and their differences. Paul Knox feels like he knows 35's story (both he and I lived variations on the character's backstory), where young Tom Carmody bring a great youthful energy to 15 - even if he can't quite relate to the life his character is leading.

But the last run through, though, the passion and anger and excitement on the floor was remarkable. Both the director and the actors were finding exciting ways to bring out the best in my script. And I can't wait for people to see it!

"Sibling Loyalty" is only similar in that it's a black comedy, not that it's autobiographical at all. Both actors - Brad Williams and Donna Pope - have the lines pretty much down; yesterday it was all about using the space and director Paul Knox bringing out the comedy and the drama and keeping a balance throughout.

Both plays are very much structured around power games, who is and isn't in control at various times will hopefully make for the funny and the confronting. And, again, the actors are making a script I wrote several years ago feel fresh and funny to me. This will hopefully translate to the audience on opening night, Sept 7th. Nine days away!

Hayley Lawson-Smith's "Immersed" rehearsed upstairs while I chatted with Christine about "Princess Leia" (and our other project, "Three Women") and with Christine & Tom about the differences between 15 and 35. I am excited to see how Hayley's play looks - and I'm deliberately holding out to see the finished product on opening night. Having heard the script read several times now, I can't wait to see what director Lauren Hopley and her actors bring to the piece.

Where? The Owl & The Pussycat - 34 Swan St, Richmond
When? Wed 7th Sept to Sun 11th Sept, 8:00pm
play:sibling loyalty play:you will be kissed by princess leia project x the owl and the pussycat the wooden leg