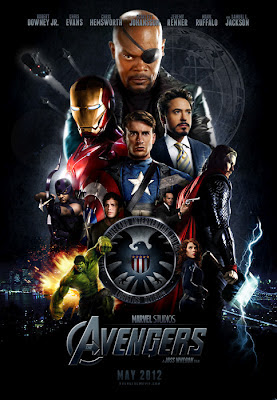 I like superheroes. I grew up with reruns of the 1960s Batman TV series. The Superman films were released when I was really young. The Amazing Spider-Man, Wonder Woman and The Incredible Hulk were nighttime TV shows. And one of the defining motion picture releases of my teenage years was Tim Burton’s Batman in 1989.

I was never a big comic book reader as a kid – I’ve probably read more comic books, uh, graphic novels in the last ten years than any time before that. But superheroes were always very cool. And Burton’s Batman took my favourite superhero very seriously. Well, until Christopher Nolan’s Batman Begins appeared – taking it ultra-seriously and much darker than I’d ever hoped for.

As a non-comic reader, I find it hard to align myself as a DC (Batman, Superman, Wonder Woman) or Marvel Universe (Spider-Man, X-Men, The Avengers and its consitutent parts) person. They appeal to different parts of my brain. In effect, DC’s superheroes are often lone warriors and the Marvel Universe seems to be more densely populated with superheroes that support each other.

Of course, that’s not exactly right – where Marvel has The Avengers, DC has the Justice League, which was always my favourite part of Saturday morning cartoon watching: superheroes teaming up. But while the DC characters are scattered across movie studios, Marvel has its own studio which has spent the last several years dedicating itself to setting up their ultimate superhero team.

We’ve seen Iron Man 1 & 2, Thor, Captain America: The First Avenger and two different swings (and misses?) at the Incredible Hulk. And now it has come to this, a film which sounds cool but leads to the question: can we seriously have that much awesome on the one screen?

When you’ve got a cast like Robert Downey Jnr, Chris Hemsworth, Chris Evans, Scarlett Johannsen, Jeremy Renner, Samuel L. Jackson and Mark Ruffalo all in the one film – how can you possibly hope to satisfy them and all of our audience needs?

By writing a character-driven blockbuster.

It’s almost unheard of these days to have a comprehensible big budget motion picture extravaganza. And, hey, if people are paying to see Transformers and its sequels – why bother with writing a decent plot when you can just throw giant robots and Baysplosions at the screen?!

The Avengers, in the hands of writer/director Joss Whedon, takes characters we’ve seen before and puts them together in a dysfunctional family situation. These heroes are driven by their egos. Putting them into the same room is trouble enough; expecting them to function as a cohesive unit is madness.

Yes, there is some plot about Thor’s brother Loki trying to open a doorway in the space-time continuumm to invite through a legion of evil space aliens to conquer the Earth – but do you know what the most important part of that story is? The fact Loki is Thor’s brother. It’s fallout from the sibling rivlalry in the film Thor. It’s not just a random villain; it’s family.

Loki’s plan is Evil Overlord Generica, but The Avengers is the story of the team coming together and working out their differences. Defeating the bad guy is far less important – to them and to the audience.
The absolute highlights of the film are seeing these strong characters interact. The arrogant Tony Stark against the human weapon, Captain America. The Norse God against the scientist with the rage monster inside. The Black Widow trying to make sense of (and/or avoid) all this male posturing.

Whedon, creator of Buffy the Vampire Slayer, Angel, Firefly (and its motion picture spin-off, Serenity), knows how to create iconic hero moments without forgetting the characters themselves. And as the showrunner of TV series with large casts, he knows how to give each and every character and actor their due. The biggest risk with a film like The Avengers is giving each character enough screentime – without seeming to favour one particular hero over another.

It might have been easy to let Downey Jnr’s Tony Stark take over; he’s handsome, charismatic and hilarious. But it’s not his film. It’s not Thor’s film. Nor the Hulk’s film. Nor the Black Widow’s film. This is The Avengers. This is about building a team out of parts that don’t belong together.

Mark Ruffalo puts in probably the best performance of the film, which is great since it’s his first time out as Bruce Banner/Hulk. The character is far more interesting to me here than in any previous incarnation. Scarlett Johannsen gets a fully-rounded Natasha/Black Widow, after having almost nothing to do in Iron Man 2. Her backstory with Hawkeye keeps them both interesting throughout; hints at an origin story in a film we are yet to see.

We know what to expect from the other actors and characters, though Chris Evan’s Captain America is still adjusting to living in the twenty-first century after being frozen during World War II. Luckily, Iron Man and Thor are great characters to watch and revisit; and as I keep harping on about – it’s the interactions that make this film work so wonderfully well.

Whedon takes these kind of stories seriously, too. It’s not just witty dialogue and explosions. While the basic plot might be thin, its getting under the skin of the heroes that keeps things really interesting. Bruce Banner talks about always being angry. Natasha’s emotional armour gets briefly stripped away in an interrogation scene with Loki. Even Tony Stark has a moment of clear anger late in the film; a moment which galvanises the whole team to action.

The effects in the film are pretty amazing. And while I can forgive slow pacing in the first part of the film, I think the final battle is overly long; there’s a point at which destruction becomes just a blur to me.
But I am happy to say that I enjoyed the film from beginning to end, because we’ve got a wonderful writer and director with a star-studded line-up of amazing actors and an iconic roster of earth’s mightiest heroes assembling on screen for the first time together.

Bring on The Avengers 2!

And don’t be surprised if I’m not so thrilled with the prospect of Iron Man 3, Captain America 2 and Thor 2, now that I’ve seen how well they can play together.

BIG SPOILERS IN THE COMMENTS. YOU HAVE BEEN WARNED.
film film:the avengers joss whedon review

Ms. Lauren said…
no mention of Coulson. at all. :(

I haven't seen the movie yet, but I know. to say I am going to be a wreck when it happens is an understatement.

Anonymous said…
Great review! I was fully prepared for this film to be a mess, so it was even more of a joy to watch it and be blown away!

The team dynamic definitely held it together, I'm glad the original 'Captain America and Friends' angle was ultimately scrapped in the editing room. I was also really impressed with the tone, it didn't take itself seriously at all, but at the same time, it had genuine heart.

And the action, aurgh! I tend to glaze over blockbuster action scenes, but my jaw was on the floor during the various battles. My sister kept turning around and laughing at the expression of childlike wonder plastered to my face the whole time!
1 May 2012 at 00:30

Fenny said…
All fans of Agent Coulson/Special Agent Casper are completely gutted.
1 May 2012 at 05:13

Keith Gow said…
I wanted to avoid comment of Agent Coulson in my review because I hate giving away spoilers. Lauren, you're a bad girl for reading spoilers!

Clark Gregg does another amazing job - helping to tie the franchise together, being a fanboy to Captain America, and bringing Earth's Mightiest Heroes together.

Sometimes you don't know how much you love someone until you lose them and while it should have been expected - who else could Joss Whedon have killed - it's still used to drive the story. It's not random. It's painful and horrible.