Halfway through 2012: The Wooden Leg, New York and a Modern Superwoman


It’s the first of July, 2012. It’s been a big year and it looks like it’s going to keep being a big year. Even being slowed down by illness this year (damn you eye infection, stomach bug, common cold!), I’m still keeping very busy... thought my output has been drastically reduced. If I’m not writing, I’m always planning on it, at least. And I’ve seen a lot of theatre this year and that won’t slow down. 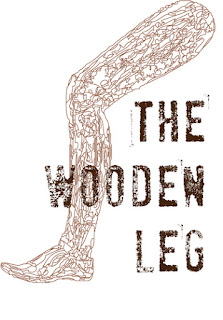 Last weekend, I had a very productive meeting with The Wooden Leg – setting out our plan-of-attack for shows in the second half of 2012, with one eye on early 2013. Andy Dodds is putting on a show at Revolt for Melbourne Fringe, which The Wooden Leg is producing. Hayley Lawson-Smith has an intriguing science fiction story called Sanctuary, which we’re looking to stage in October. That might be supported by a couple of shorts by myself and Andy.

My full-length project, a site-specific work written for The Wooden Leg, is still in the process of being written and we’re aiming to do that early in the new year. I like the premise, I can see the structure in my head and I’m finding my characters’ voices through a series of scenes I’ve already written. I find myself writing these kind of scenes early in the development of a new play, even if I don’t know where the scenes go – or even if they fit at all.

Letting the characters talk allows me to see how they work together, which allows me to tweak them before I fit them into the story/structure. Easier to throw out character scenes that aren’t working if they’re not yet telling the story. I get much more attached to scenes when they are written expressly for the play.

Outside of my Wooden Leg commitment, I am still working with Amy Jenkins on a short cabaret piece, which we hope to premiere later this year. It’s a ten minute piece, so we can all get used to this genre that we aren’t that used to working in. As a further test to my abilities, I will be directing the piece. I figure, testing my directing abilities on short works might be a good place to start.

Yesterday, I dived back into a full-length play, currently titled A Modern Superwoman. The piece started out as a short story a long time ago, but I’ve been developing it as a theatre piece for about twelve months now. It’s been on the backburner while I turned the premise and the characters over in my head – and yesterday I wrote twenty-pages, as all the pent-up story just spilled out onto the page. I don’t often get such a huge rush of writing done; most of my plays are put together a small amount at a time. But yesterday’s writing marathon – almost 4.5 hours without a break – was a great accomplishment and having re-read it last night before going to bed, I am really happy with how a lot of it has turned out. 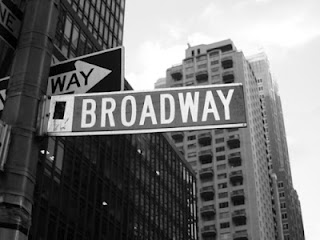 Four more weeks, then I’m off to New York City!

Staying on the Upper West Side, I get to show my sister around the coolest city in the world and we get to see awesome theatre with awesome casts on Broadway and off-Broadway and in Central Park. And we’ll get to explore the city, just wander to see what we can see. And someone suggested we walk the length of Manhattan – long day but totally do-able, unless it’s really hot. But we’re definitely going on a boat that does a tour around the entire island!

And I want to see off-off Broadway stuff and things off the beaten track.

But before then, I really want to finish the first draft of A Modern Superwoman and finalise the concept/outline for my Wooden Leg show for 2013.
a modern superwoman amy jenkins andy dodds cabaret hayley lawson-smith new york the wooden leg

Esther said…
Hope you have a great trip! I'll be there the last weekend in July, so it looks like we'll just miss each other, sadly.

I'm seeing One Man, Two Guvnors, which is supposed to be hilarious, hopefully Into the Woods, Harvey, with Jim Parsons, and Uncle Vanya with Cate Blanchett. I've never seen any Chekhov so it should be interesting.

I really enjoyed The Best Man. So entertaining. I'm a history and politics junkie anyway but even though it was written in 1960 the play feels contemporary. And I was awestruck seeing James Earl Jones onstage for the first time!


I took a boat trip around Manhattan years ago and it was fun. More recently, I've taken those big red tour buses that go uptown and downtown. I've also taken the Staten Island ferry, for free, which gives you a great view of the Statue of Liberty. I also love walking across the Brooklyn Bridge.
2 July 2012 at 01:51