Edinburgh #1: Who Are You Supposed To Be? 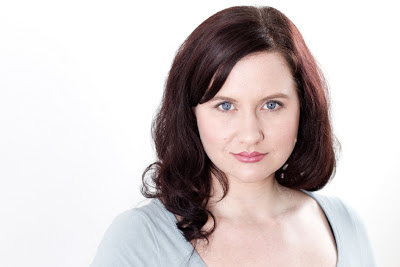 Meet Jennifer Lusk. She’s the producer and star of “Who Are You Supposed To Be?” – the show we’re taking to the Edinburgh Fringe in August. 14th to 26th. Tickets on sale now. Subtle.

“Who Are You Supposed To Be?” is a rom com for geeks and a valentine to nerd culture. It’s the classic tale of a boy in a TARDIS t-shirt standing in front of a girl dressed as the Fifth Doctor, asking her to love him... and a girl wanting to know why she can’t be the Doctor and Han Solo and Captain Reynolds. They’d star-crossed lovers – if the stars were Wars and Trek – but they have so much in common, it would be a pity if these two geeks couldn’t find a time and space to fall in love. But underneath the witty repartee and awkward flirting, this is a story about wanting to feel safe, wanting to be appreciated for who we are... and how far we’ll go to find people like us.

Jen and I first met in a pretty geeky way. I’d gotten tickets to an advanced screening of “Serenity” – Joss Whedon’s first feature film and follow-up to his cult hit TV show, “Firefly”. This was a rough cut of the film, with temp music tracks included – but it was still the whole film, from single-shot opening scene to, well, as Captain Reynolds explained, “I aim to misbehave”. Which I think might have been Whedon’s mantra for the film.

That was Jen. And I admired the fact she even tried this – that she even showed up to the cinema and asked. If I’d missed out, I would have been at home stewing about missing out. Jen showed up, asked the question – and eventually the publicist presenting the film found Jen a seat, and everyone was happy.

I don’t know if I caught her name that night, but I did find her online discussing her amazing luck at getting into the screening – and I followed her on social media for several years until we finally met at a Short & Sweet festival a few years back. Well, I was shy and chickened out one night – but eventually introduced myself and we kept in better contact ever since.

Jen’s in London now. She took a show to Edinburgh Fringe last year – and I was lucky enough to see a work-in-progress performance of that show before she disappeared overseas. She saw a couple of my short plays a few months earlier – same venue; The Owl and the Pussycat brings people together like that.

We’d talked about working together before she left. If she hadn’t left, I’m sure we would have worked together already. But, of course, now we are working together – and she’s taking “Who Are You Supposed To Be?” to Edinburgh. And I shall watch its success from afar.

We’ve still got some work to do. I’m having a reading very soon, so I’m able to hear how it sounds – and how an audience reacts. Jen, across the other side of the world, will do the same. We have another actor to find for our two-hander. And then we need to think about publicity and costumes and... well, everything that goes into making a show. We should be thinking about it all now, since – as I said earlier – tickets are on sale now. Sledgehammer.

“Who Are You Supposed To Be?” will pop up in Melbourne and Adelaide in the next couple of years – and we’re thinking about other places it might play after its world premiere season at the Edinburgh Fringe. It’s a fun little show – funny and heartwarming is the plan.

I’ll have more to say as the process continues. I’m very excited to have a show premiering on the other side of the world. In three months. From today. Wow.
edinburgh fringe theatre who are you supposed to be writing

Jen said…
"we should be thinking about it now"
I AM!! I AM!!
I'm so excited to be working on this - have a big list of things to do, but aim at my end is to be able to start rehearsals by mid June - that gives us 2 months, which I think for a 2 hander is plenty!