It Takes Two (or more viewings): INTO THE WOODS and a Sondheim Check List 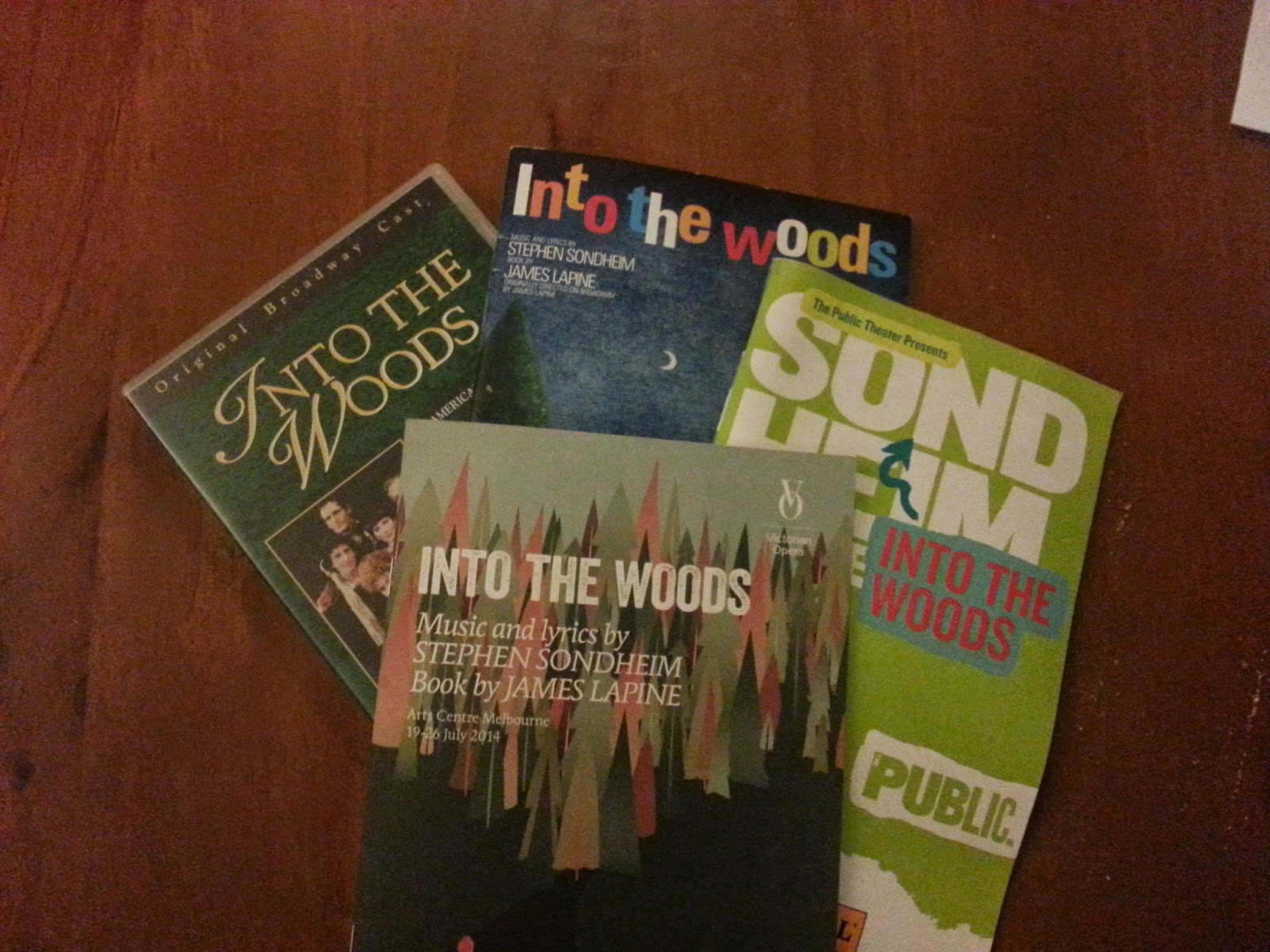 I have seen three different productions of Into the Woods on stage – and I am well acquainted with the DVD of the original Broadway production. By the end of this year, there will be a feature film version – and then I can write an article comparing the five witches I’ve seen: Bernadette Peters (DVD), Rhonda Burchmore (Melbourne Theatre Company, 1998), Donna Murphy (Public Theatre NY, 2012), Queenie Van De Zandt (Victorian Opera, 2014) and Meryl Streep (feature film, 2014).

Well, no, I probably won’t do that. Each of them has their strengths and a couple of them have no weaknesses. Just as the productions overall have things that work brilliantly and other parts, not-so-much. And it’s hard to compare the lavish original, to the Public Theatre production that was staged in Central Park, to the more sparse version that Victorian Opera put on this past week.

Into the Woods is one of my favourite Sondheim shows, probably the favourite – though I have a lot of affection for Sweeney Todd, Company and A Little Night Music. I’ve only ever seen Sweeney Todd on stage once, a pro-am production in the northern suburbs of Melbourne in the late 90s. As well as the film, which – I’m glad Sondheim liked it. Oh, and the original Broadway production on DVD.

But A Little Night Music I’ve seen on stage three times: Melbourne Theatre Company (1997), Opera Australia (2009) and Broadway (2010). I haven’t seen the film version, starring Elizabeth Taylor. (And how could I possibly compare the Desirees I’ve seen? Pamela Rabe to Sigrid Thornton to Catherine Zeta Jones? I couldn’t and won’t.)

Sondheim’s shows are so rich and dense, so much detail to see and discover – I was even noticing things in Into the Woods yesterday that I don’t think I’d seen before. I suspect that comes down to actors stressing things in different ways. But it is all there to be discovered, even after watching numerous productions and the DVD multiple times.

After last year’s Sunday in the Park with George and this year’s Into the Woods, Victorian Opera is doing Sweeney Todd in 2015. I’m excited to see a full professional production of that on stage. But even more exciting is the couple of lesser-known and lesser-seen Sondheim works that have popped up in Melbourne this year: Pacific Overtures at Theatre Works this past February and later in the year, Passion at the Arts Centre Playhouse.

With those smaller works - and Magnormous’ 2010 staged readings of other obscure Sondheim work, I am close to completing the Sondheim set.

A list of productions, films or DVDs I’ve seen of Sondheim’s work