on July 01, 2014
Seeing theatre in New York inspires me. Being in a city with such a vibrant theatre culture is exciting. We may have gone slightly overboard to start with – seven shows in four days, but even the ability to be able to do that is thrilling. We slowed down after that, which was good for our sanity and our theatre-going mood. It’s hard to not want to sample everything that New York theatre has to offer, which is impossible – but still tempting.

Here’s some short reviews of the shows I saw.

Hedwig and the Angry Inch
It’s true that the reason that this production is so great is that Neil Patrick Harris is perfect in the lead role – and he brings the audience along with him. What makes it even better than expected are the tweaks to bring this cabaret show to a Broadway-sized stage, plus – a masterful performance by Lena Hall as Yitzhak, whose character is fleshed out here like never before. 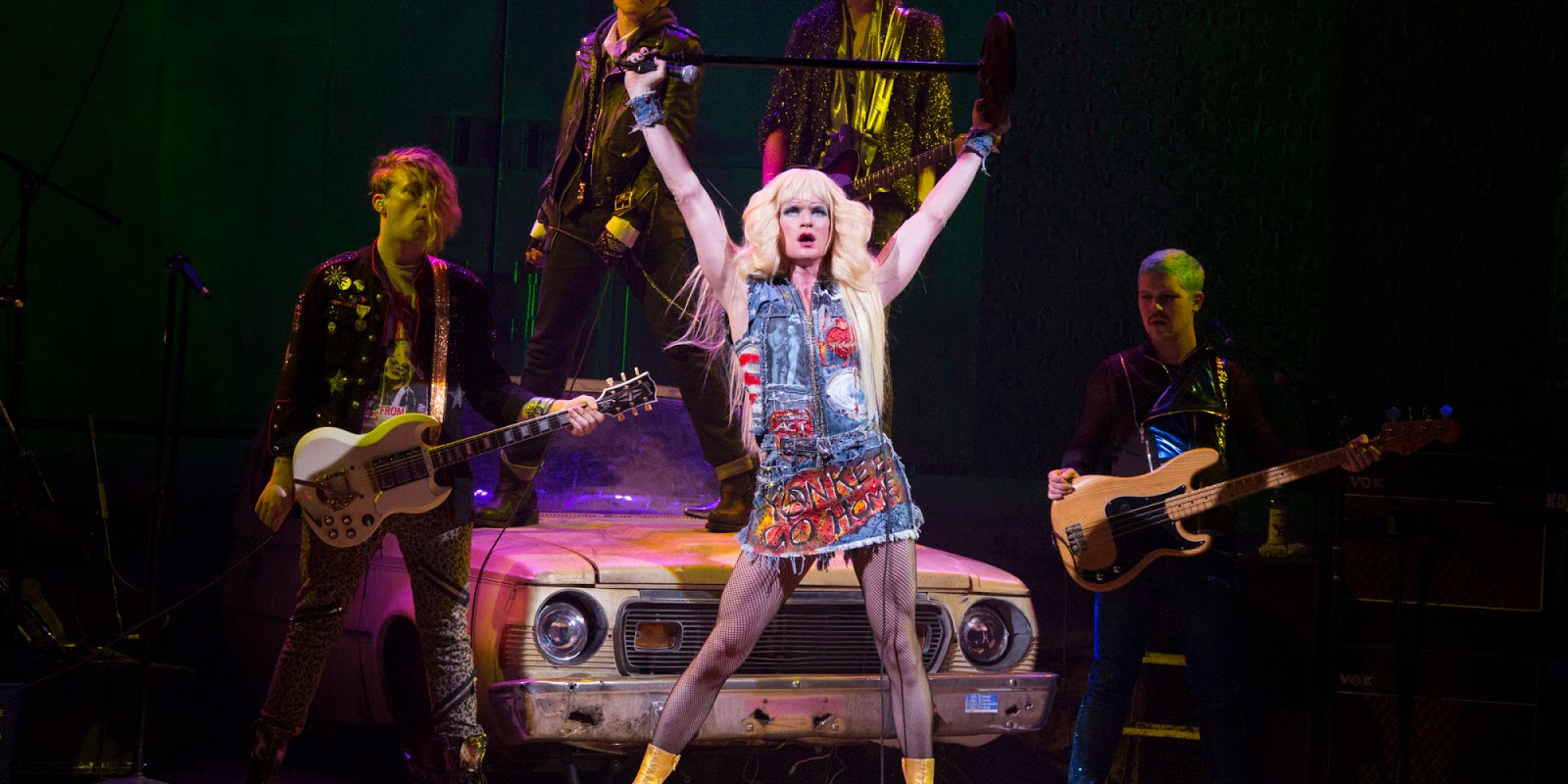 Violet
I couldn’t pass up the opportunity to see Sutton Foster on stage, but I went into this show blind – having no idea how beautiful it would be, how sweet and charming and just delightful.

Sleep No More
This show, on the other hand, had a lot of expectation to live up to. Everyone I know who had seen it, loved it. And a version of Macbeth set in a noirish Hitchcockian hotel that is a total immersive experience for the audience – that’s exactly my kind of thing. It was actually better than I expected. From quiet moments of exploring rooms by myself to the wilder banquet room scenes – to the intimate one-on-one moments with an actor in a closet or a phone booth. Unforgettable. 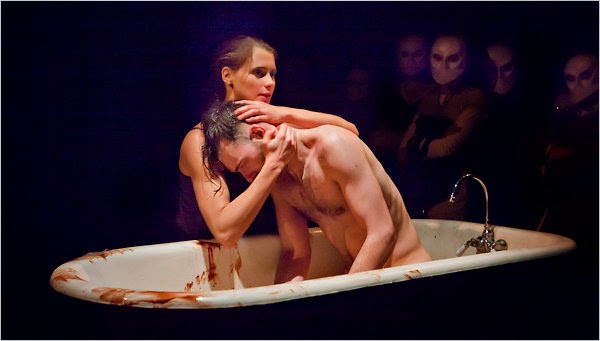 A Gentleman’s Guide to Love & Murder
Farce is not my thing. There’s a lot to enjoy about this show, in particular Jefferson Mays’ playing multiple roles with relish. But the songs are most unmemorable – and there’s really only one song/sequence where the show was firing on all cylinders for me. But if you like a ridiculous farce and amazing costumes, this is the show for you. It wasn’t the Best Musical of the year though, was it?

Lady Day at Emerson’s Bar and Grill
Only a couple of days ago I wrote, “If Audra McDonald had not already won six Tony Awards, she would have deserved six Tony Awards for this performance alone.” Though every aspect of this show (direction, production, performance) is note perfect, it is also deceptively simple – Audra is Billie Holiday in the last few months of her life, performing in a South Philly bar. That’s it. But what perfection that performance is. Often you can see the seams of a performance on stage. Not here. Audra becomes Billie. 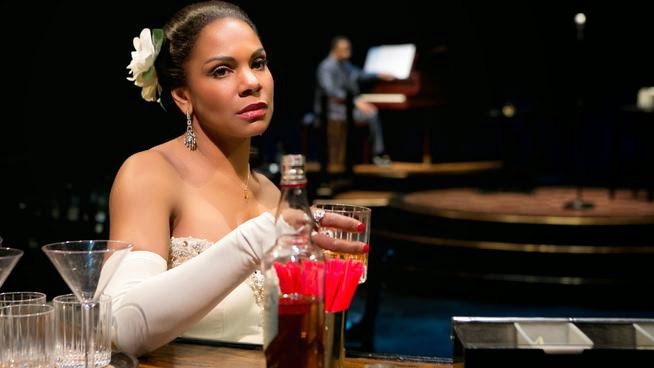 Heathers
I have a great love of the film version of this 80s high school satire, which I still think is far more biting than any of its imitators since. I went into this musical adaptation with a lot of hesitation; maybe I could enjoy it, but how much? I thought it was great. I enjoyed it a hell of a lot. There is some really clever changes, some awesome songs – and really solid performances. And I was so happy to be front row centre and briefly part of the show. Big fun!

Idina Menzel at Radio City Music Hall
She opens with Defying Gravity and closes with Frozen and in between gives an eclectic performance of songs – from an Ethel Merman medly to a cover of Radiohead’s Creep. Her stage persona is relaxed and silly and fun, which I honestly didn’t expect. She swore. There was a boob slip. And she kept going like the powerhouse performer I expected. And all at Radio City Music Hall. The unplugged version of For Good was another highlight.

If/Then
On the other hand, this show which stars Idina Menzel, is an utter mess. I guess it was written for her and built around her and it’s worth seeing for her performance alone, but – it makes me despair. This show is going to run and run on star power, but most of the songs are bland and most of the characters are cardboard. And given the show’s pedigree, it should have been so much better. 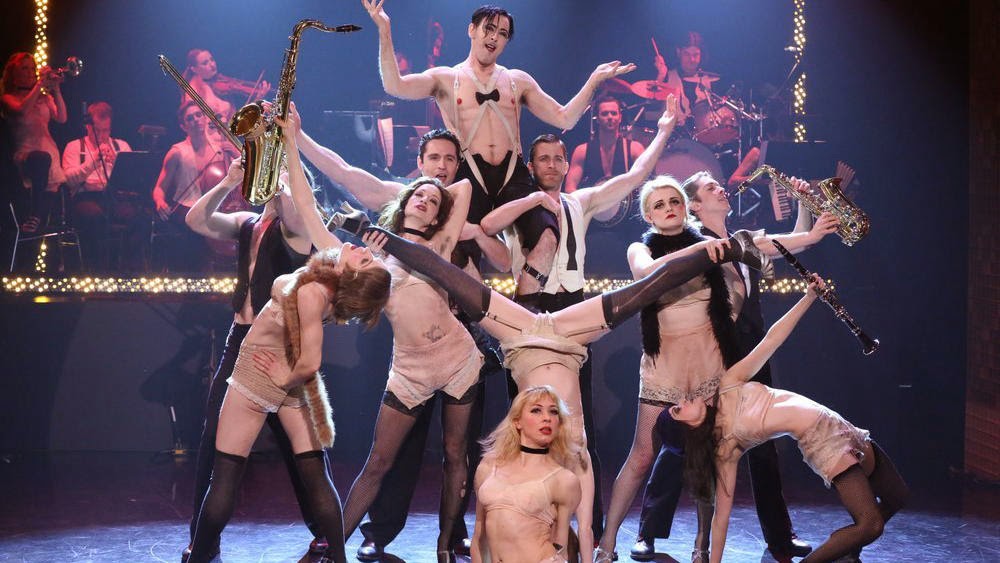 The Cripple of Inishmaan
I love Martin McDonagh’s writing and it was great to see Daniel Radcliffe playing cripple Billy. The script is sharp and funny and the performances were full of the energy that McDonagh’s text needs.

Broadway Bares
Half-naked people singing songs with cameos from Broadway stars to raise money for charity! How can that not be a good time? It was a good time.

Julie Klausner @ Joe’s Pub
I hadn’t heard of Julie Klausner – podcaster and comedy writer – before we booked tickets to see her cabaret show. My friend Lana has been listening to her podcast “How Was Your Week” for a few years – and I’m glad this show popped up on a Monday night while we were in New York, because Klausner is the exact brand of oddball, biting and hilarious that I love on a cabaret stage.