on June 28, 2015
June has been an incredible month for theatre in Melbourne.

Even though my theatre-going month started with MTC’s The Waiting Room, which was inept on most levels – it’s hard to know where to place the most blame, with MTC’s Neon season in full swing and the premiere of three more mainstage works (two at MTC, one at Malthouse), the quality of work picked up considerably. I also saw a great show at La Mama and the Owl and Cat.

But let’s begin with the cream of the crop – three shows that are still running through next weekend. 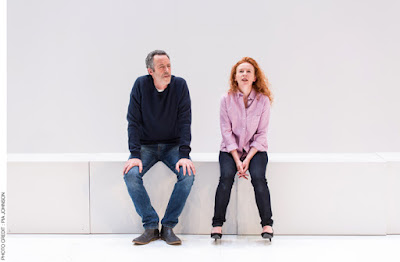 Caryl Churchill’s Love and Information is given a stunning production at the Malthouse, with superb direction by Kip Williams, populated with stunning performances on a modular set (David Fleischer) with evocative lighting (Paul Jackson).

But what Churchill’s script evokes is our modern-day consumption of information – scrolling through Facebook or Twitter – and perhaps an obscuring of love or a full dose of it in mere words. Some of the scenes are seconds long. Others are a few minutes. Some are wordless. Most of them are funny. Many are heart-wrenching.

Theatre is a collaborative medium. With a script like this – that doesn’t attribute dialogue, that doesn’t define setting – it asks the director and actors to work hard. And the production draws the audience in, telling stories we’ve heard a hundred times before – but in a way we’ve never experienced them.

This is a top-notch production that is not to be missed. It travels to Sydney in July.

Patricia Cornelius and Susie Dee’s collaborations stretch back years – and it’s great to see them together in an MTC theatre, if not on a main stage. Their work together is so forceful, so tough, perhaps it doesn’t belong in a 500 seat theatre. Maybe it’s just enough that we squeeze into the black box of the Lawler to witness this striking use of profanities, these rough – and toughened – women, explaining how they never had much hope. How their upbringing has forced them to not feel pain and to not shed tears. What good are tears, says one character. Unless she has to use them to get her own way. These characters describe the tools they’ve had to develop in themselves to survive – and that mostly means shielding themselves from emotion.

Cornelius’ writing is often tough to watch, but never less than poetry to listen to. She has an ear for reality, but in its exeuction – under Dee’s smart direction – it’s a theatrical insight into a kind of character we don’t see on theatre stages very often. And never on our main stages. It’s enough that Neon has invited Cornelius and Dee onto an MTC stage and while they deserve a bigger audience, their theatre might be better on the fringes.

The play is called SHIT but its title is not descriptive of its content or execution at all. Kudos also to the three actors Peta Brady, Sarah Ward and Nicci Wilks – and to designer Marg Horwell whose set is as hard and unforgiving as the text and these women. 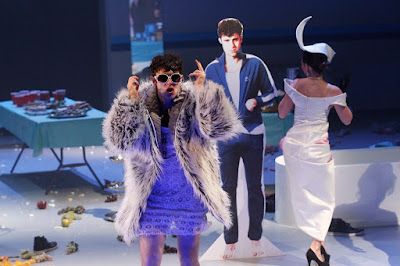 When MTC announced they were producing a Simon Stephens play in 2015, I was excited. His plays On the Shore of the Wide World and Pornography are smart and unrelenting and haunting. Birdland premiered at the Royal Exchange Theatre last year and while its subject matter is slightly more palatable – how we build celebrities up and then tear them down – its no less memorable in its end result.

Birdland is a two-hour portrait of rock star Paul, in a never-leaves-the-stage bravura performance by Mark Leonard Winter – whose performance in Hayloft’s Thyestes is seared into my brain. His work here is just as magnetic. And the tension created in the script – how far will Paul go, how much will he hurt others for his own pleasure and amusement, how much will the people surround him hit back – is riveting.

I’ve loved Leticia Caceres’ other work at MTC – Constellations and Cock, but this play asks a lot more of her. Constellations is a two-hander. Cock is mostly just three characters. Birdland is a central performance surrounded by an ensemble of actors playing dozens of other characters. Girlfriends, sex workers, journalists, agents, band members, fans, parents, friends... all slipping into and out of moments on a stage that gets more and more filled with the detritus of Paul’s life. (Another amazing set by Marg Horwell.)

At moments in the show, it feels like everything might be spinning out of control, but that turns out to be deliberate. Paul thinks he’s in charge, but sometimes he’s really, really not. Most of the blowback hits the people around him, but by the end, it hits him harder and harder.

Besides the central performance by Winter, there’s some surprising transformations by Michala Banas, Bert Labonte, Peta Sargeant and Anna Samson. All stuck in Paul’s orbit, trying to get out – while Paul is confronted over and over by the truth and never cares to look at it.

Also at MTC is Simon Phillips’ and Carloyn Burns’ stage version of Alfred Hitchock and Ernest Lehmann’s North by Northwest. This is an odd beast, a show which doesn’t demand you know the film at all, but probably is more enjoyable if you have. It’s full of smart theatrical trickery, which I enjoyed until is became too distracting. There’s some smart dialogue in there that’s obscure by the clever stage craft and the story – while flimsily based around a maguffin (just as in the film) – is lost beyond the flashiness of the set and the deliberate cheesiness of the back projection.

At La Mama earlier in the month, I saw Christopher Bryant’s new play, Home Invasion – which was recently short-listed for the Griffin Award and you could see why. It’s a smart deconstruction of our obsession with celebrity and how television is part of our lives – sometimes to the point where we lose the divide between reality and fantasy.

And at the Owl and Cat, Renee Palmer and her actors devised a work called I Am Katharine – an examination of Shakespeare’s The Taming of the Shrew from a feminist perspective. It was an engaging series of scenes exploring how society expects women to act and how women expect to be treated. It’s about taking power and sharing power and not letting Shakespeare have the last word, especially with each of the women penning their own final monologues to share parts of their lives with the audience. It’s a work in progress, but I am excited to see this show develop.

Home Invasion and I Am Katharine have closed, for now.

Love and Information and North by Northwest close on July 5.

Birdland has been extended to July 11.