Melbourne Fringe: And then the Snow Fell on Egypt 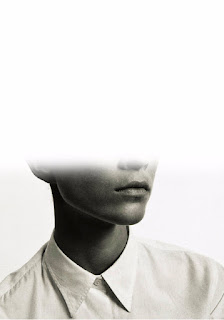 One half of a couple sits alone folding the shirt of their ex, clearly upset. We sit with them for a while, watching them deal with their break-up grief, mostly in silence. Their ex eventually appears, but the only thing that draws the two of them together are memories of better times.

Gavin Roach’s play And Then the Snow Fell on Egypt is about loss and imagination and how memory can help us through the grieving process. In the cold grey space of the No Vacancy Gallery at QV, the audience sits in traverse watching the couple spar and reminisce and imagine the best parts of their relationship. We are left to fill in the blanks; to see what we can see in our minds’ eye and what we can imagine might still be between them.

While the play is a two-hander, the conceit of this production is that each night a different combination of actors performs the show. The cast is two men and two women and across the season, different pairs of the four performers will act out this poetic meditation on breaking up. On opening night, the two men performed opposite each other.

I’m tempted to go again, to see how the story plays out with a different pair of actors. The forty-five minute play is a solid piece of writing and I’d love to see how it works with two women or a man and a woman. I don’t expect I’d be less moved by different gender combinations, but in a show like this, in an open space, under cold white lights, the performances are key. Adam Hetherington does a particularly devastating job as the man who was left, but the silent tears that ran down Elias Brown’s face were heartbreaking.