Melbourne Comedy Festival – David Massingham: Sketch Me Like One of Your French Girls 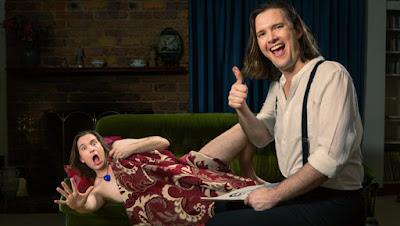 Sketch comedy is hard, people. Filling your show with a dozen or more joke-filled sketches seems like it might be easier than crafting a fifty-minute stand-up routine. But it’s a tricky business.

David Massingham’s show is a mixed bag, utilising the full complement of a sketch comedian’s tricks – bad puns, terrible accents and audience participation. And that’s just in the first few minutes. But, as the saying goes, it gets better.

There are some gems to be found in-between the messy bits, though. Some fun satire with a small-town Mayor trying to play up the “Murder Capital” moniker his town has been branded with. A clever commentary on cultural criticism, centred around the “performance art” of a thief stealing oil paintings – capturing a real tension between law and order. And a Last Will & Testament video to a dying man’s three sons which is audacious in its complexity.

Sketch Me Like One of Your French Girls could afford to lose some of the groaners and try to find some more character-driven gems, which were the highlights for me.

David Massingham is on until April 8th as Tasma Terrace.