Melbourne Comedy Festival – Kaitlyn Rogers: Can I Get An Amen? 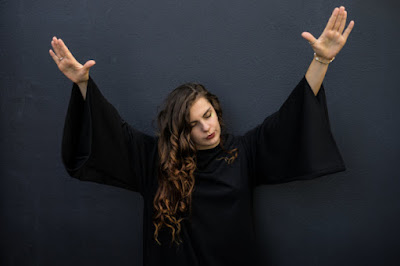 Cecil is a preacher and he wants to welcome you to the Cult of Sass. Cecil has travelled all the way from Goondiwindi to be with us in Melbourne tonight, to read from the gospel of Whoopi Goldberg, to teach you three simple lessons based on the three independent women of Destiny’s Child and to share with you the Holy sacrament… wine from a box.

Kaitlyn has the character of Cecil down pat; she’s met a few preachers like him. He ingratiates himself with the audience, with songs, and high kicks and references to Harry Potter, Lord of the Rings and Ru Paul’s Drag Race. It’s a heady mix of hilarity and silliness and audience participation. What else would you expect from an introduction to a cult?

There are songs we can all sing along to. There are call-backs we can shout with him. And famous film quotes some of us can finish – even when no one else ever has.

This satire of cults and preachers deliberately breaks down later in the show and it becomes clear that the sly digs at women not being allowed to preach is about something else. These men that stand on stages and proclaim what is and isn’t funny, that’s what’s at the heart of this.

Can I Get An Amen deftly plays with how men see women, how women see women and how drag queens know that if you can’t love yourself, how the hell can you love anybody else.


Kaitlyn Rogers is preaching sass and shouting back at Trades Hall until April 22nd.

September 02, 2020
SesskaSays reacts to the Eleventh Doctor's departure on Doctor Who One of the things I’ve missed during lockdown is watching television with other people. I have some close friends that would regularly get together to watch shows, so we could talk through whatever the hell happened on Westworld or unpack everything we feel watching June suffer over and over again on The Handmaid’s Tale . I’m used to watching television alone, too, but there’s nothing quite like having a helping hand or a shoulder to cry on. One of the reasons or excuses I have for watching Twin Peaks countless times is that, over the years, I have introduced a lot of people to the show. I re-watch it because I love it, but I also sit there waiting for their reactions. To the end of season one or the reveal of who killed Laura Palmer. Or the season two finale. And, more recently, to see how they process Part 8 of Twin Peaks: The Return . Back in 2013, after the Game of Thrones episode “The Rains of Castamere”
Post a Comment
Read more