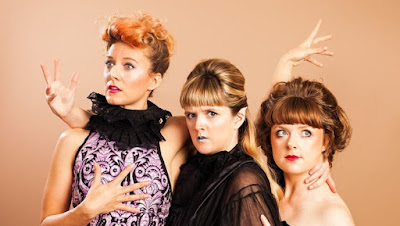 There’s a lot to say about The Travelling Sisters are their upbeat intro song and their bizarre costume changes and the genius physical comedy combined with more wigs than I’ve seen in the rest of the entire festival combined. So many wigs, so well utilised.

But I’m fixated on the tap-dancing cactus who just wants to be held. Some comedians will go a long way for a gag; some shows think bigger is better. There’s something so wonderful in such a simple, beautifully executed bit like this. No wig in this one, though – but a great costume.

The crowd-sourced song by a child trying to please their mother was a highlight the night I saw the show, but I wonder if this is a high-wire act that might fall apart with another less funny audience. No matter, The Travelling Sisters have the rest of the act worked to a sharp point. There’s an oddball family band from Arkansas with deep dark secrets. And a trio of lollipop ladies who have a striptease for you.

The Travelling Sisters are an offbeat comedy trio whose humour mostly dabbles in the strange, but once you get on their wavelength, Toupè is an hour where you might hurt yourself from laughing. And I was worried they might hurt themselves to make us laugh. Totally worth it.

The Travelling Sisters are showing off their wigs at the Town Hall until April 22nd. 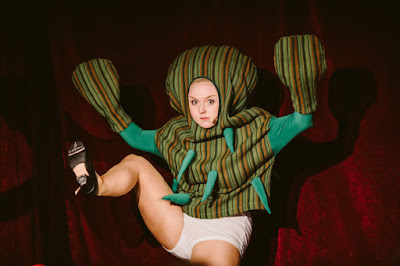