Melbourne Cabaret Festival: Fire Walk With Us - The Music of Twin Peaks 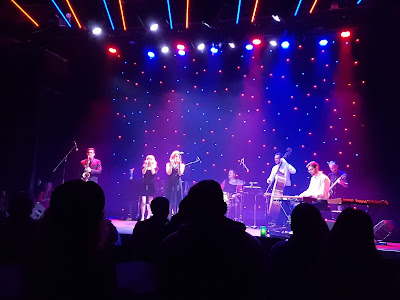 This week was the first anniversary of the premiere of Part 8 of Twin Peaks’ third season. Titled “Gotta Light?” the episode delves into the past of the world of the series, diving deep into the mythology of the creatures that haunt mankind from the woods around the titular small town.

It also contains two memorable musical moments: a performance by Nine Inch Nails of their song “She’s Gone Away” and an eerie sequence of a small town being infested by woodsmen, scored by The Platters’ “My Prayer”. Twin Peaks, as ever, is a study in contrasts.

The music – both songs and score – of the most recent season was a long way from the world of Angelo Badalamenti’s evocative compositions for the original series. The new episodes were a critique of nostalgia; viewers were denied much of what they wanted twenty-five years later.

Badalamenti’s theme song was retained, but his work is only selectively used throughout season three. But with each moment of reprise, memories rush back. Music helps us to re-enter the world we left so long ago.

Fire Walk With Us: The Music of Twin Peaks, a two-night only event as part of the Melbourne Cabaret Festival, plays on that nostalgia, but with various twists and a large ever-changing seven-piece band.

For an hour, the group showcases the songs and score of classic Twin Peaks and the prequel film, Fire Walk With Me. It begins with a fast version of the opening title theme for the film, music that haunts me when it’s deliberately slow.

A selection of female vocalists (Tylea, Lucinda Shaw, Mia Goodwin) take it in turn to tackle Julee Cruise classics like “The World Spins,” “Rockin’ Back Inside My Heart” and “Falling”. There’s also some welcome gender revisionism when S.S. Sebastian tackles “Into the Night” and Lucinda Shaw sings “Under the Sycamore Trees”.

Also welcome were a rocking version of “The Pink Room” and an odd but intriguing take on “Audrey’s Dance”. Trickier to get right was a performance of “Just You and I” (while from the original show, this performance felt more like a hat tip to the season three appearance) and an encore of “No Stars” – the only song on the set list from The Return.

Badalamenti and Cruise’s styles are so particular that covers of these songs are often difficult for me to appreciate. The originals are so set in my head, variations have a hard time convincing me. But Fire Walk With Us didn’t try too hard to reinvent the wheel and with a big band and rich ambiance and some truly haunting vocals and arrangements, this was another highlight of the Cabaret Festival.