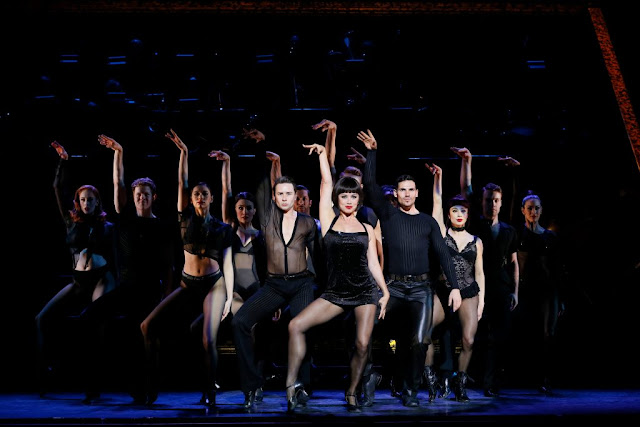 The real-life inspiration for the musical Chicago comes from nearly a century ago, when reporter Maurine Dallas Watkins reported on two unrelated court cases about women suspected and acquitted of murder. Watkins later wrote a satirical play about the attention both cases got, focusing on the media’s sensational headlines – something Watkins herself fed into.

The play became a silent film in 1927, a 1942 film named Roxie Hart (starring Ginger Rogers), and later the 1975 musical Chicago, for which husband and wife creative duo, Bob Fosse and Gwen Verdon, struggled to get the rights to make throughout the sixties.

The original Broadway production opened to mixed reviews, as it was considered cynical and subversive – the opposite of what audiences wanted from musical theatre. But times change and this black satire about merry murderesses returned to Broadway in 1996 in a slick, pared-back production, directed by Walter Bobbie with choreography by Anne Reinking – “in the style of Bob Fosse”.

This revival production continues on Broadway to this day and is now the second longest-running show in Broadway history. Its popularity led to the 2002 Academy Award-winning film version, starring Renee Zellweger and Catherine Zeta-Jones.

The latest Australian run of Chicago, which opened in Melbourne last night and has recently been in Sydney and Brisbane, is another recreation of the 1996 Broadway revival production – and as frustrating as it could be to sit in a theatre watching a production I’ve seen before, the songs and choreography are so great, it’s still a fun show to revisit. 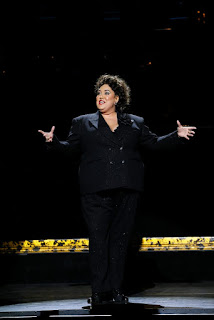 If the integrity of the music and its choreography is unimpeachable, any new tour of the show will rise and fall with the talent on stage – the latest cast inhabiting these now iconic roles. With this production, the cast comes up trumps.

Alinta Chidzey is dynamic as Velma Kelly; the triple-threat singer/actor/dancer you need in this role. Her command of the stage is well-paired with Natalie Bassingthwaite’s more naive Roxie Hart, whose handling of the choreography is stunning – especially in “We Both Reached for the Gun” and in the court room scene.

Casey Donovan is suitably bold and brassy as Mama Morton especially in the show-stealing “When You’re Good to Mama” – a crowd-pleaser from the moment she stepped onto stage.

Jason Donovan’s performance is limited by a lack of vocal control; there’s very little power in his rendition of “All I Care About” in act one, but he’s suitably slick and sleazy in act two’s “Razzle Dazzle”.

Rodney Dobson’s Amos Hart is perfectly bland, which is what the role calls for – heartbreaking in “Mr Cellophane”. J Furtado’s Mary Sunshine is in fine voice throughout and makes the most of the twist at the end of the show.

For nearly a hundred years these stories have captivated the American public – sensational trials and overenthusiastic media are as American as apple pie. The show is cynical about America but deservedly so, and while this production is nearly twenty-five years old it still shines in so many ways. Even if you’ve seen it before, there’s a lot of great reasons to see it again.


Chicago is currently playing in Melbourne until the end of February. 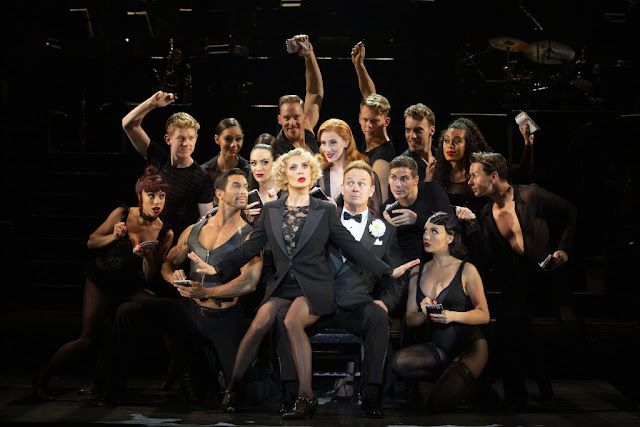