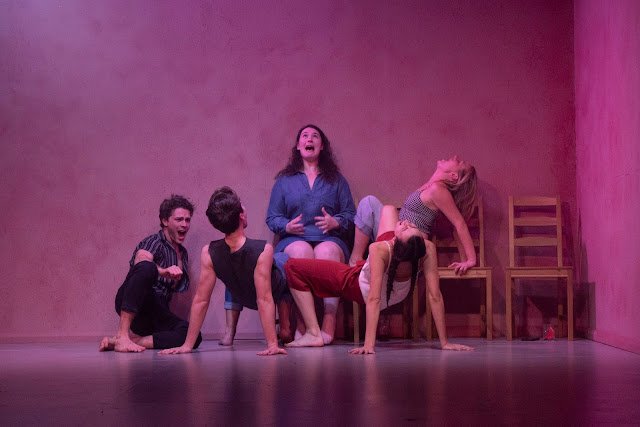 A young man sips a glass of wine, waiting for us to file into the theatre, while Kylie plays. As we settle in, he’s a long way from settled – nervous, anxious, eager to tell us about a dream he’s had. Even though he knows that when most people recount dreams, they are dead boring.

He’s a country boy who has moved to the big city – let’s call it Sydney – for university. He’s sleeping on his uncle’s couch and after being shown the expected touristy sites, he starts to explore the world by himself.

He’s gay and he’s never seen a penis other than his own. He’s drawn to a busker singing “My Heart Will Go On” and shaken up by two dude-bros shouting at gay couple kissing.

“Stop shoving it down our throats,” they shout, unaware of how unintentionally homoerotic they sound. The guy whose story we’ve been following, decides to follow them.

And this is just the start of the first vignette in a series of short moments by Chris Edwards exploring queer sex and relationships in this fantastical gay paradise called Sydney.

The show is filled with exquisitely-drawn characters, wrestling with love and connection and judgement – millennials embracing their sexualities, even as the world rapidly falls apart around them.

There are moments that suggest a creeping existential crisis – shouting into the void, in one moment – but each story is a clear, sharp extract from characters that feel like fully-realised human beings. None of them need to be oppressed by climate change or conservative politics, it’s enough that they have to deal with their friends, their lovers and themselves.

The six-person cast are superb, sliding from one character to another in subsequent scenes. Director Riley Spadaro keeps the energy up throughout the 70-minute running time, making us feel the pulse and the adrenalin of each piece. From a proposal that might be a break up. To a nightclub where no one can quite hear anyone. To the “sangria safe space” of a back-packer hostel. Each moment feels truthful and alive.

The text is the real gift, though. Chris Edward’s knows how to craft compelling characters, thorny situations and dialogue that sometimes feels like a sexy hand on your thigh and sometimes like a punch to the face.

It’s playing at Theatre Works as part of Midsumma until February 2nd. 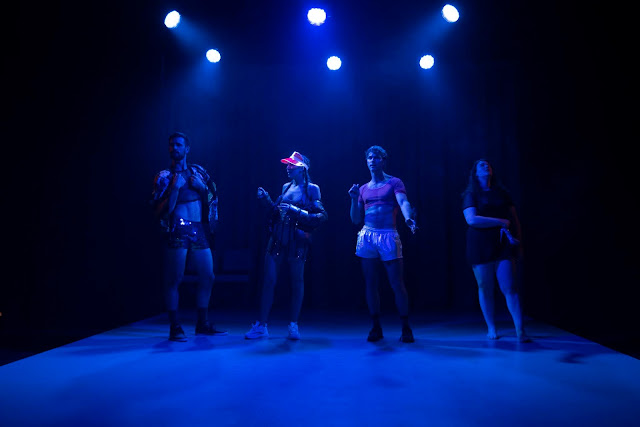