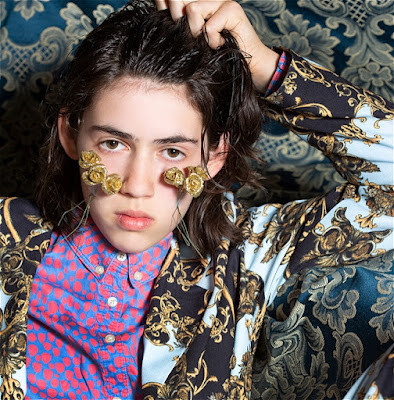 Early in 2020, Riot Stage – the youth theatre company – was getting ready to launch their show Everyone is Famous at the Next Wave Festival in May. They had been working on it for two years. They even got as far as appearing at the launch for the Festival.

The members of Riot Stage had to wrestle with what to do next, just like theatre companies all over the world. They wanted to keep making theatre but had to think outside the box. Instead of premiering a show about persona in the age of social media, they made a documentary about trying to get famous in three weeks.

Social media connects us all and every platform has its own quirks and expectations. And they all need content. The Riot Stagers launch new accounts to post art, sexually-revealing photographs, thirsty pics of Harry Styles, bad makeup tips from a learner, and reviews of pickles. The goal, of course, is to get as many followers as they can in three weeks.

One Riot Stager goes the old-fashioned route of trying to make a physical list of people she considers friends – and would consider her a friend, too.

We’ve all spent a lot of time online this year, reading the news, Zooming with friends and devouring social media for news, entertainment and the dopamine hit of likes and followers. Riot Stage Gets Famous proves that social media is both helpful and destructive, wonderous and terrifying.

And in a world where content is king and a large follower count says something, you gotta stick around to see who comes out on top.

Riot Stage Gets Famous is on all this week until Sun 22. Zoom with them.