REVIEW: An American in Paris - The Musical 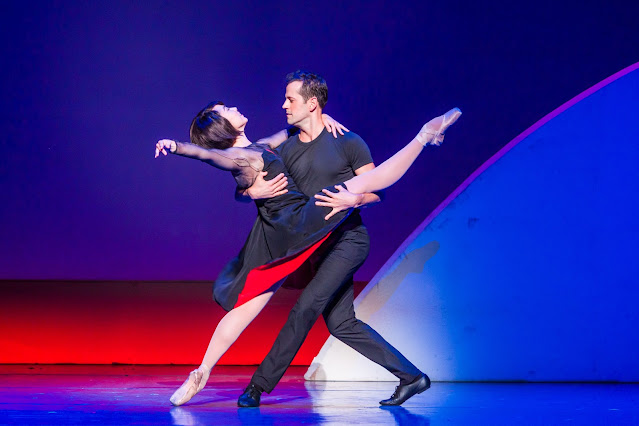 The story of An American in Paris is simple, in the way old movie musical romances are, and complicated because we know the course of true love never runs smoothly. Lise, a French ballet dancer, on the verge of becoming a star, is pursued by three suitors: Adam, a pianist, Jerry, a visual artist and Henri, a cabaret singer, who is hiding the truth about himself from his parents.

Set in post-World War II France, against the backdrop of a city recovering from being occupied by the Nazis, the character interactions are a pure joy: all three men meet before discovering, much later, they are all in love with the same woman. Henri is already Lise’s boyfriend, but he’s scared to lose her if he doesn’t propose marriage. Adam thinks writing a ballet for her will be enough to get her attention.

Jerry is under no allusion that his art might catch her eye, so he doggedly chases her, even in the wake of her protestations. The problematic old trope of the man continuing to ask a woman out even after she’s said no is a small element of the show, but it’s grating, nonetheless.

The story of An American in Paris, the musical, first staged in France in 2014, transferring to Broadway in 2016, is equally layered, even if – at first glance – it looks like a jukebox musical based on the songs of George & Ira Gershwin, following in the steps of the MGM musical from 1951, starring Gene Kelly and Leslie Caron.

Director and choreographer, Christopher Wheeldon, first worked with George Gershwin’s original orchestral piece called An American in Paris (1928) in 2005, creating a one-act ballet based on the music alone. It’s from his 2005 work that the musical springs, telling as much of the story through dance as through music. Just like the climax of the 1951 Vincente Minnelli film, the musical allows much of its drama to unfold without dialogue in a thrilling mix of musical theatre and ballet.

The production, touring Australia through 2022/23, opened in Melbourne on Sunday night to a full State Theatre filled with an enthusiastic audience. The show is headlined here by Tony-nominated actors, Robert Fairchild and Leanne Cope, who originated the roles in France and on Broadway. They are more-than-ably supported by local musical theatre actors and dancers from The Australian Ballet. (Local ballet stars Cameron Holmes and Dimity Azoury will alternate in the lead roles with Fairchild and Cope.)

The design of the show includes digital backdrops, along with set pieces swiftly wheeled on and off stage with the gracefulness of the ballet-dancers that capture our attention for most of the show. We are also treated to a Rockettes-style number in homage to Radio City Music Hall, a tap sequence set to “Fidgety Feet” and exquisite renditions of Gershwin classics like “I Got Rhythm” and “’S Wonderful” and “They Can’t Take that Away from Me”.

The ballet is, of course, the highlight and essence of the show. George Gershwin called his original musical composition “a rhapsodic ballet” and each time a new creative team revisits this piece, ballet becomes more and more a feature of the end result. This is not just a stage show trying to recapture the beauty of a classic Hollywood film; it makes different choices, uses different songs and trusts the audience, telling much of the story through the movement of bodies on stage.

I’m not well-versed in dance or ballet but I know what I like. Fairchild and Cope are extraordinary. The choreography is outstanding and astounding. Theatre is never one thing. Live performance is a broad church. Wheeldon’s combination of various techniques enriches this love-quadrangle romance, thrilling the audience with music that’s stood the test of time, some marvellously witty writing from Craig Lucas, on a glorious set with dancers that are the best in the world.

I wasn’t sure what I was going to get when I stepped into the State Theatre on Sunday night. What I got was heart-warming, dramatic, funny and – in some moments of pure dance – exquisite.

An American in Paris is on in Melbourne until April 23, followed by Sydney, Perth and Adelaide in 2023. 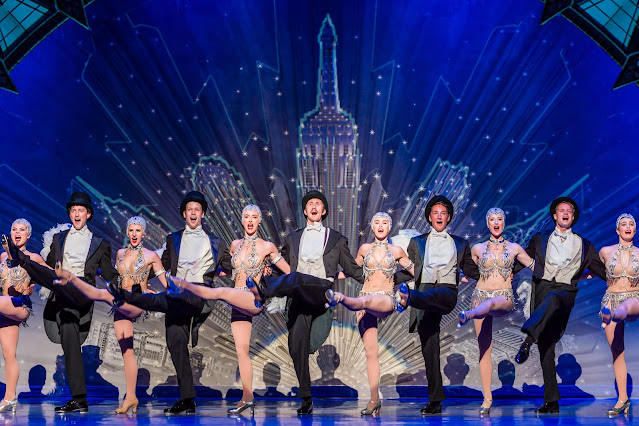