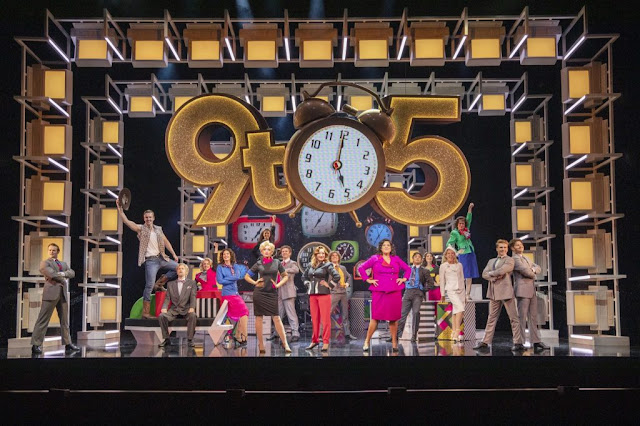 It’s the 1980s. Recently-cheated-on-housewife, Judy Bernly, has just been hired for her first ever 9 to 5 job at Consolidated Industries. Office manager, Violet Newstead, takes her under her wing – teaching her the basics of paper-pushing and the intricacies of dealing with Franklin Hart, the kind of sexist, egotistical boss that was stock standard back in the day. Doralee Rhodes is Franklin’s secretary, who has to battle both him and the rumours the other women share about her and the boss.

The 1980 film, starring Jane Fonda, Lily Tomlin and Dolly Parton (in her first acting role, who also wrote the theme song for the movie) is a classic workplace comedy, tackling the position of women trying to get a foothold in the boys’ club of office culture. It was a hit in cinemas and later home video and led to a TV sitcom that ran of five seasons in the late 80s.

Because the nostalgia for this decade continues and with Dolly Parton being a key-creative figure, it was inevitable this film would become – as a lot of classic films do these days – a Broadway musical. But it’s taken over a decade for it to have its professional debut in Australia, so if a musical about feminism set in the 80s based on a film from forty years ago might seem dated – the 2009 musical itself already feels old. (I saw an amateur production years ago, thinking it might be the only chance I had to see it on stage.)

When Jane Fonda originally set the film up with her producing partner, she pitched the idea as “you can run a company without a boss, but not without the secretaries”. Putting three women front-and-centre was a call back to classic screwball comedies from decades before – and Dolly Parton’s musical version, with a book by original screenwriter Patricia Resnick, feels like we’ve been thrown back into a much more distant past.

Pre-recorded Dolly Parton herself narrates this production, which feels like a marketing decision rather than a clever creative one, always reminding us that this is a remake of a film and one of the lead actors is clever enough to write all these songs. And the songs themselves are mostly pretty great. We get, of course, the classic song at the opening, with that Parton narration threaded in. But if “9 to 5” remains the best song of the show, there are some other wonderfully theatrical numbers peppered throughout.

It's hard not to jump to the climax of the show and Casey Donovan’s show-stopping rendition of “Get Out and Stay Out”, as Judy finally finds her voice and gets rid of her lying ex for good. On opening night, there was a mid-show standing ovation for this song alone – which is fitting, it’s the emotional climax of the show with one last song tacked on to wrap up the rest of the plot.

Another thing I don’t remember seeing outside a Broadway theatre was entrance applause for a performer – when Caroline O’Connor stepped on stage as Roz Keith, the audience went wild. Great to see that one of our best musical theatre actors got such a warm welcome and she gets to perform another show highlight in the comic masterpiece “Heart to Hart”. If you are going to put O’Connor in such a small role, at least give her comic gold to play with.

Marina Prior’s Violet gets her own moment-in-the-spotlight with “One of the Boys,” even if this song in particular feels like it comes from a classic moving-to-the-big-city musical with high kicks and suits that evoke the 1940s and not the 1980s. It’s a crowd-pleaser but it also feels out of place – an “I Want” song in Act Two, to set up the twist at the end.

The musical isn’t just a by-the-numbers rehash of the film, there are some smart choices in the adaptation that make for a great stage experience – but then there’s weird decisions like the subplot giving Violet a romantic interest. Having a declaration of love for the widow come at the end is a real throwback to when those girls-in-a-new-job shows ended with a wedding.

Though the cast of women is strong, Eddie Perfect’s performance as Franklin Hart is cringe-worthy. Perfect takes every opportunity to over-act, as if he’d never heard of the phrase “less-is-more”. Yes, even in a show that’s partly slapstick, Hart’s songs contain enough evidence that he’s an awful man; turning him into a scenery-chewing buffoon helps nobody. Trying to upstage Caroline O’Connor in her own song is a fool’s errand.

Frustratingly, I also found the sound mix on opening night to be sub-par, making it difficult for me to understand the lyrics. And I’ve listened to the Original Broadway Cast Recording more than once! I know the score and still had a hard time understanding it; this is really unacceptable.

As a fan of the original film, I got a kick out of this show. Parton’s songs are mostly really great; the character-centric stuff being stronger than the plot-moving numbers. Resnick’s script feels obliged to tick off moments from the original – and even in a show that is ostensibly battling sexism and narrow-mindedness, it’s hard to hear some of those old-fashioned values paraded across the stage. And these days, I’m finding it almost impossible to enjoy comic gunplay.

This show has all the right ingredients to entertain, but it feels less than the sum of its parts. I like the score a lot and there’s a lot of spectacle on stage that will please an audience looking for glitz and glamour. In the end, the film was for and of its time and I can still enjoy its charm and its three iconic leads. On stage, you get to see four great female performers singing some rousing musicals numbers but the “woo yeah feminism” is deflated when one of the characters says “I’m sure none of this will be a problem in ten years” and here we are, forty years later, and some things haven’t changed.

9 to 5 is a fun night out for anyone who is looking for a show that scratches your nostalgia itch, full of original toe-tapping, knee-slapping Dolly Parton songs – which is at least a step-up from trying to make a jukebox musical that mines her extensive song-writing legacy.

9 to 5 is on in Melbourne at the Arts Centre andlater continues its nationwide tour in Adelaide. 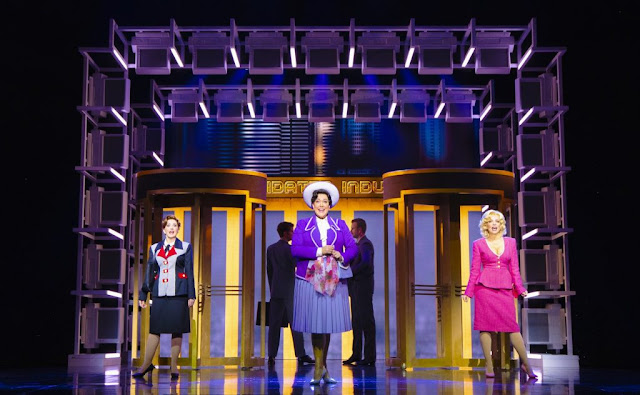