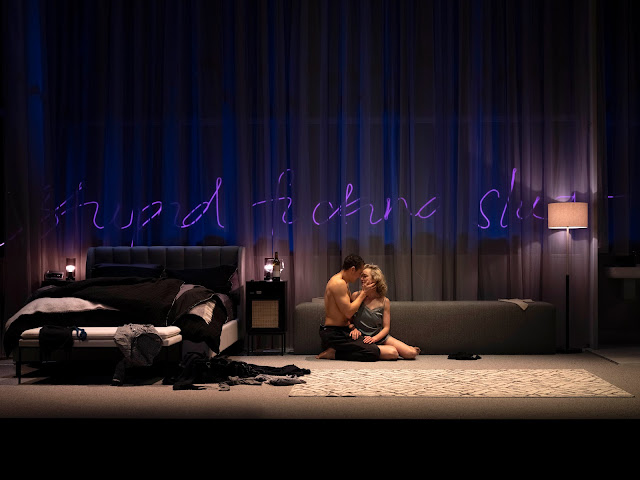 Anna has just left her husband to be with Lexi, a man she has fallen head-over-heels in love with. Anna is a journalist for a nightly TV news program and she met Lexi when she interviewed him about being a whistle-blower in the Armed Services.

I bet you’ve already got a thought in your mind. You’re already starting to think about Anna’s choices here. Starting to question the murkiness of the decisions she’s making. Does it help to know she says the new relationship started long after the story aired? Does it complicate things even further when you know she has a child at home? What do you think about Anna K now?

When the story of her marriage break-up leaks online, commentary starts to undermine her career as a journalist, who is always trumpeting “truth at all costs”. #TheAnnaKAffair trends on social media and while her bosses question the ethics of her starting a relationship with the subject of one of her pieces, online trolls hurl misogynistic abuse at her.

You’re not one of them, though. You’re not going to throw all kinds of invective her way behind the anonymity of your keyboard. But do you think maybe her decision was rash? Are you wondering if maybe she’s being driven by lust rather than love? Are you still thinking about how much she has upset her son, who has read about these stories online?

It’s a story that has become all too familiar in recent years. Abuse. Misogyny. Women being torn down in a way men never are. Facing consequences that men never face. 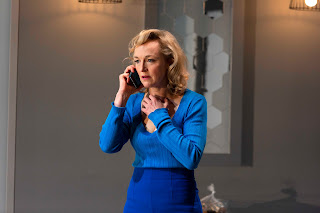 Suzie Miller’s new play, Anna K, is about the problems of being a female public figure under scrutiny and its inspiration comes, apart from our world around us, from Leo Tolstoy’s 1878 novel, “Anna Karenina”.

The play is 2022’s answer to a novel that puts Anna in a similar situation – leaving her husband and child(ren) to be with her love, and being punished by society for her choices. Look how far we haven’t come, Miller’s play is saying. Look at what women are still judged for.

If you walk into the Malthouse theatre knowing the inspiration, you’ll see further connections to Tolstoy’s book, including character names, Anna’s general arc (to a point) and the recurring motif of a train – which rolls past Anna K and Lexi’s hotel room “love nest” throughout the play. It’s a fun game of join-the-dots, if that’s what you’re into.

The character name, Anna K, though, suggests to me an allusion the character of Josef K, from Franz Kafka’s novel, “The Trial”. It was evocative of that character’s loss of control over his destiny. And it nodded to Anna K’s trial by social media. But the play is more straight forward than that – Anna knows what “crimes” she’s been accused of and she has some of the tools to fight back.

Stripping away the literary allusions, we’re left with a play that lacks subtext. It’s about what it’s about. But public figures being tormented by trolls and society questioning women’s choice is a vital subject to wrestle with always – online, on film, on television and on stage.

We’re in an expensive hotel room designed by Anna Cordingly. Behind the sheer curtains, floating somewhere out in the dark, in pink neon letters, are the words STUPID FUCKING SLUT. It’s a striking image. It haunts Anna throughout, seemingly one of the hundreds of abusive tweets and DMs sent her way over the week she’s holed up, unable to see her child or go to work. She’s trapped and we’re trapped with her.

The sound design by Joe Paradise Lui and lighting design by Paul Jackson are unnerving, keeping us within Anna’s increasingly panicked mind. The sound of the regular passenger trains is both comforting and worrying. The lights are soft and comforting but could go out at any moment.

Caroline Craig gives a solid performance as Anna, a woman whose edges slowly start to fray as the situation becomes more fraught. She has three women visit over the course of the week she’s in the hotel (all played with sparkling variety by Louisa Mignone) who are helpful and hurtful to varying degrees. But Anna is determined that she’s right and society has it out for women. The answer might not be to return to her husband, but is the answer to dig in without looking inward?

The play gives us a flawed central figure without really interrogating her. If she has done the wrong thing sleeping with an interview subject, the text tightens those screws by suggesting she may have coached him before they went to air, skipping past the possibility that the simple facts are murky enough. We have a woman who is being treated terribly, which she has every right to rail against, but the villain is a faceless mob without nuance.

Anna K also wants us to believe that Anna would risk her family and career to stay with Lexi, a character who is thinly drawn – not helped by Callan Colley’s patchy performance as the SAS soldier, who might have lied to Anna all along.

Anna K wants us to believe it is barrelling towards the same ending as “Anna Karenina”.

In Soviet Russia, in the early 20th Century, the Department for Agitation and Propaganda – a part of the Communist Party – was responsible for getting explicitly political messages in favour of the party out to the people through literature, pamphlets, plays and films.

This concept gave rise to agitprop theatre, highly-politcised works that spread through Europe and later, the United States. It focused on agitation and propaganda, though not necessarily with the baggage of communism or the suggestion that all propaganda is bad. Here it means plays that wear their political hearts on their sleeve - telling you what the writers, directors and theatre-makers want you to know.

Miller’s new play, directed with a clear sense of purpose by Carissa Licciardello, is a kind of agitprop. They are telling you what you need to know. Women are more likely to receive death threats online, even for just doing their jobs. Women’s personal lives are a source of media fodder and clickbait more than male professionals, who seem to get by unscathed after their indiscretions.

The play is about what it’s about. It’s not subtle and it’s not particularly layered. And we hear these stories day in and day out. Nothing in this play is new, if you’ve been paying attention. And it’s really old, whether you’ve read the Tolstoy novel or not.

Late in the show, Caroline Craig plays a striking scene – Anna interviewing herself as she feels everything slipping through her fingers. She’s not sure who her friends are any more. She’s not sure if she can reach out to her colleagues. She isn’t even sure if Lexi is coming back for her. I wish the rest of the play had more moments of energy and passion like that one.

Theatre should be challenging and thought-provoking and get under your skin. Anna K has a lot to say about the harassment of women online but the reality of that already makes me angry.

Nothing in this play is new, if you’ve been paying attention.

Anna K is playing at the Malthouse until September 4th. 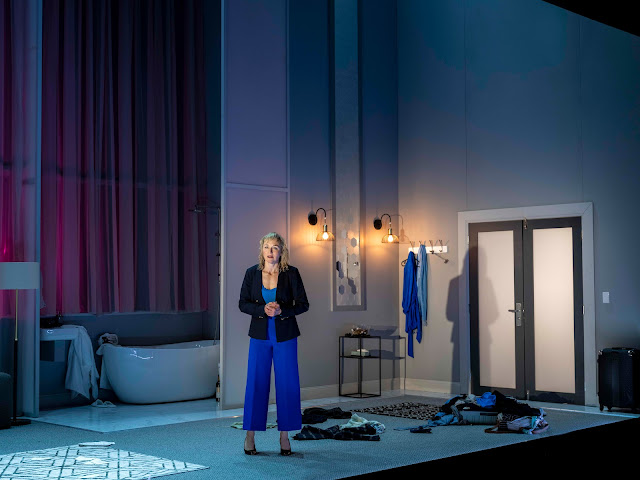