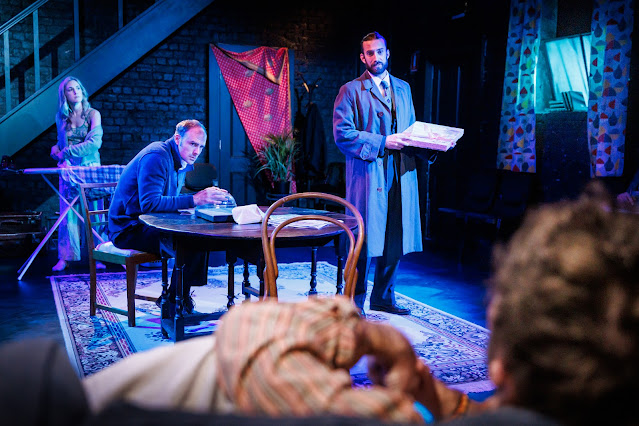 A woman, Syl, comforts a baby. A man, Albert, comes in – drenched from the rain outside. A simple scene of domesticity between a husband, wife and child. Or so we are led to believe.

Syl fantasises about leaving the house and the child, giving up this life for that of a dancer. Albert tells her she can’t because he’d go mad raising a child by himself. He’s not even all that interested in hearing about her day, trying to put the baby down for its afternoon sleep.

She takes the child upstairs.

Later, after Reg the interloper arrives looking for Jack, their housemate – who says he willed Reg to come, Syl says she’s nearly thirty and she’s not that good a dancer. “If I haven’t a child in the next five years, I’m not likely to have one at all.”

She hasn’t had a baby? Where has the baby gone? It’s slipped from the narrative. It was there, we saw it. Just as we saw Syl and Albert interact like we might expect a long-married couple to do.

Soon, out of view of Albert, Syl is kissing Jack. Is she having an affair or is something else going on? Have we misinterpreted the relationships all along? Or have we been deceived by the storyteller and theatre-makers?

Laurence Strangio’s production of Caryl Churchill’s 1977 play, Traps, is warm and inviting – all the better to deceive us; the audience is seated on the periphery of the home the play takes place in. It’s immersive but not interactive, we’re told. There are only six actors in this play, but how many characters? How many versions of these characters do we witness as we observe these people – physically, emotionally and mentally trapped by society and personal circumstances. 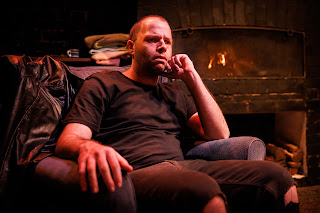 Evie Housham’s naturalistic but eclectic production design coupled with Clare Springett’s evocative lighting turns La Mama HQ into the living room of a house that is comfortable and cosy, though with stuff of life scattered around – an ironing board, a half-finished jigsaw puzzle, a stack of towels and a pile of kicked-off shoes. The play includes a lot of stuff for the characters to bond over – card games and tricks, meal preparation, ironing and a steel tub for bathing. All of this business helps to create a reality that feels true but doesn’t quite add up.

The ensemble of actors is strong, making us believe in moments that will be overturned or undercut later – by even more moments that feel true. It’s quite a feat to be able to draw an audience in over and over, effectively introducing us to new versions of these people scene by scene, moment by moment.

Meg Spencer’s work as Syl is delicate and complicated, every gesture and inflection giving insight to each glimpse into her character. Dom Westcott’s Del brings a frightening physicality to the space and even when he’s being gentle, that fury is raging underneath. Jack is a hard character to pin down and Scott Middleton’s range effectively keeps us questioning his position and motivations.

Caryl Churchill’s work is never easy; it requires strict attention and wrestling with during the play and after. Are these parallel universe versions of these people, flickering in and out in front of our eyes? Even that kind of explanation is out of our reach because Churchill doesn’t give us enough information. What she gives us is a series of truthful interactions, spied upon by the audience and watched over by a ticking clock that moves in real time throughout the play – as unnerving as the real fire in the fireplace is comforting.

Traps slips and slides around in front of our eyes, a beautiful parade of truthful human moments that resist simple narratives and without easy resolution or answers.

Laurence Strangio has done a beautiful job with this text and I really wish you could see it, but the season is sold-out. 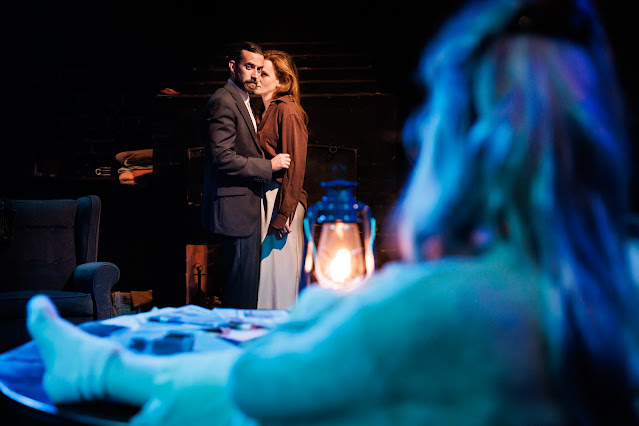