REVIEW: The Meeting by Jeff Stetson 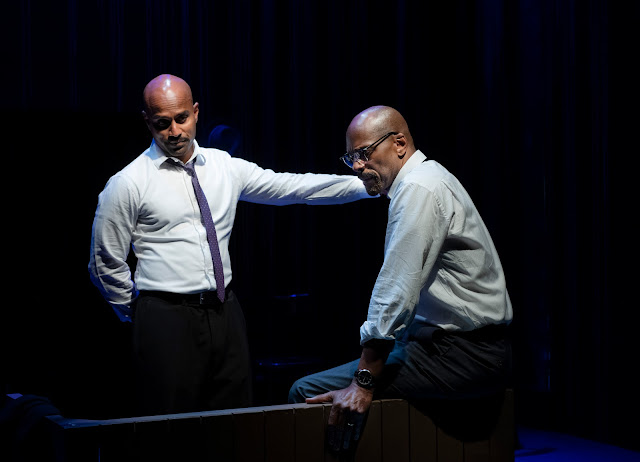 It’s 1965. In a hotel room in Harlem, Malcolm X talks to his bodyguard, while waiting for a visit from Martin Luther King, Jnr. The bodyguard doesn’t understand why his boss wants to meet with a man who advocates non-violent confrontation. Malcolm knows that both he and Martin are fighting for the same cause. Perhaps this meeting could be illuminating for them both?

In reality, the men only met once – briefly, while attending the Senate debate on the Civil Rights Act of 1964.

In 1963, Malcolm X had written a letter to King requesting a meeting: “it is a disgrace for Negro leaders not to be able to submerge our ‘minor’ differences in order to seek a common solution to a common problem posed by a Common Enemy.”

The Meeting, a 1987 play by Jeff Stetson, wonders what that meeting would have been like. But the play is set in February 1965 – well after King’s “I Have a Dream” speech, days after Malcolm X’s home was fire-bombed and days before his assassination.

Nearly 60 years from the time the play is set, the drama of what Malcolm and Martin might have said to each other if they had met alone, turns not on how these two important figures of the US Civil Rights Movement might have found common ground – but on whether society has made any progress at all.

The play, in fact, diagrams the men as polar opposites in their approach to achieving freedoms and equality for Black men and women in America. Violence versus passive resistance. A Muslim minister opposite a Baptist minister. One man already scared for his life and the other an idealist with a dream.

A one-hour play needs to elide certain truths about the two to get to the heart of what it struggles with – what these two men wanted had not been achieved by 1987 and not even by 2022. The question of which approach was right is the dramatic tension of history and of today – especially with the recent return of Fascism to the United States and the return of the age-old question: is it okay to punch a Nazi?

Red Stitch’s production – the Australian premiere of a thirty-five-year-old American play – is simple and effective because of the two central performances by Christopher Kirby and Dushan Philips.

Kirby’s turn as Malcolm X is magnetic. The play begins with both actors on stage, preparing for the meeting, but the story is really that of Malcolm X – knowing that his life is under threat and calling on King to continue their fight, not believing he will ever be remembered. Kirby is an imposing figure, broad-shouldered and tall, playing the passion of Malcolm X with both a simmer and a steam.

Philips’ performance evokes the man with a kind of charming gravitas, never less than ready to strike – with his quick wit and the feeling he has a speech ready to roll off the tongue at any moment. King might be the quiet man of the two, but Philips’ presence – the way he holds himself as the Reverend, the way he intones the great man’s arguments – is thoroughly compelling.

It is the alchemy of the two actors together that makes you feel you’re there, witnessing history that has never happened. The back and forth – both verbal and occasionally physical – is captivating to watch.

Tanya Gerstle’s direction is dramatically precise; the early moments of this production are fascinating, even as the men just shave and dress and decide where best to place a table or a chair. She’s guided her actors to bring these two men to life and to explicate arguments too long held and never resolved.

It is the two central performances that makes Red Stitch’s production an absolute must-see, though. And Stetson’s text is strong; these are the arguments we need to be having. It’s just a shame that a play from the 1980s explicating the battles of the 1960s feels perfectly 2022 – as if Martin and Malcolm are looking down from that Harlem window onto a Black Lives Matter protest.

The Meeting is playing at Red Stitch until October 23. 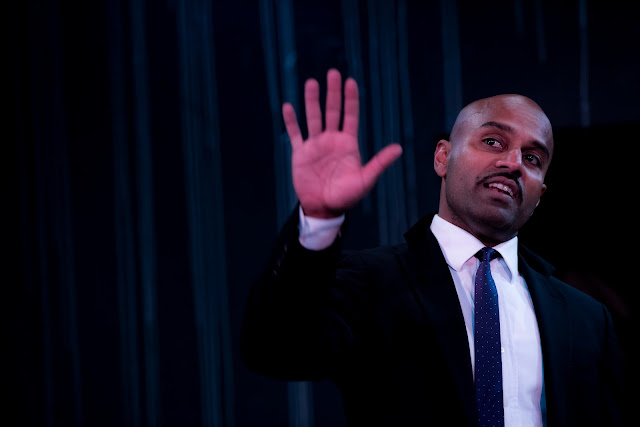