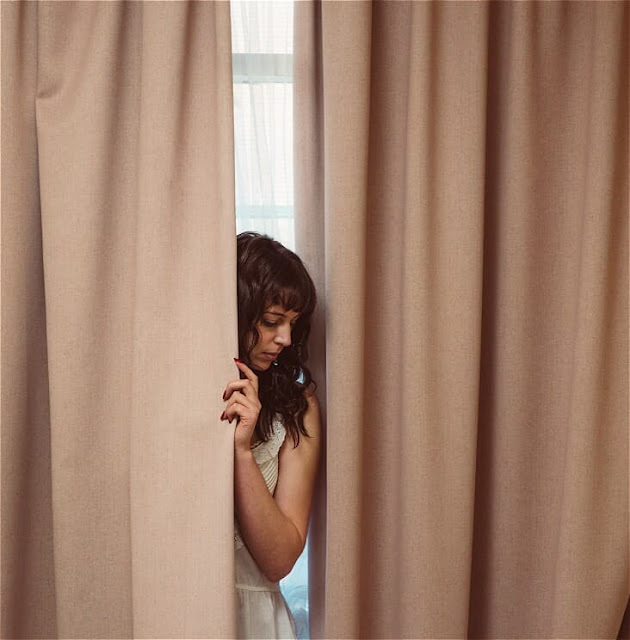 As we enter the foyer of the Steps Gallery, where Never Said Motel is being staged, we find a booth standing directly in front of us. We are invited to step inside, draw the curtain, and write out an anonymous secret that might be used by the show in the future.

A sign just to the left of the entrance to the performance space warns us that the show is somewhat interactive – the performer will direct questions at us. We can answer or we can choose not to. And, if we prefer not to be spoken to, we can hang a key around our neck.

Performer Tamzen Hayes has invited us all, people from her life, to a motel out of town to talk to us about how our relationships have affected her. For this first season of Never Said Motel, it seems like these are conversations she’s always wanted to have but they have only happened in her mind.

In the future, the secrets the audience has written down in the confessional will be used to create a theatrical version of PostSecrets, the community mail art project that was begun in 2005.

In its current form, Never Said Motel is an interesting concept that needs work. Much of Tamzen’s stories were about relationships – and lots of heartache. Even when she promised a lighter story, we were still treated to a relationship that was promising and fun but never went anywhere. I guess that one was lighter than some of the other toxic relationships she talked about, but tonally a lot of the show was the same.

Tamzen is a very engaging performer. Using direct address to individuals in the audience, effectively casting them as the people in her life, worked well sometimes – if the audience member felt like responding. But much of the time there were pregnant pauses and unfilled silences, which was a real shame. Being performed directly at can feel thrilling but could also be unnerving.

I’d be interested in seeing future performances of the show (I saw the opening night show this evening), where audience member’s own stories might feature and Tamzen might be able to coax those she’s performing to, to come out of their shells. That could fully round out the show that at the moment feels promising but a little flimsy.