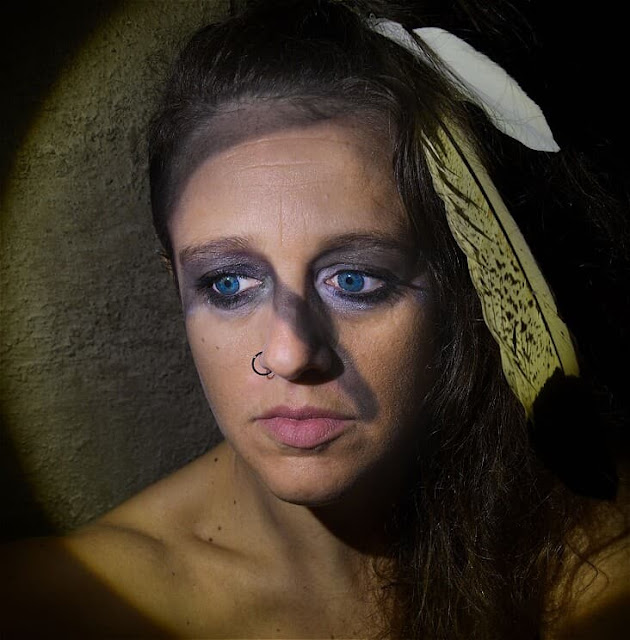 Fringe is hustle and bustle and movement and noise and crowds and performance and cabaret and comedy and in a small room down a hallway at Trades Hall, there is poetry.

Writer/performer Andi Snelling has created a temple of poems, where a solo audience member sits on cushions in front of her in silence as she taps away on her typewriter creating something just for you.

One-on-one work is intimate, of course. The silence away from the cacophony of the Fringe Bar and the Fringe Club is a respite. And I practically ran from my previous show to this one, with another one ten minutes later – so for me it was a rest stop and recuperation.

In those ten minutes, everything floats away. Andi studied me. Smiled and contemplated. What inspiration was she getting from tired and sweaty me, slumped down on those cushions in front of her?

Andi’s work is always an experience – a combination of all her skills. This one is something completely different from what she has done before. But after a time where we’ve learned to live without crowds, crafting a solo experience that’s about creativity is a small gift. A show, silence and then a personal poem exists just for you. And I held it close to me before I disappeared back into the cacophony.

This show is an exquisite little gem. A ten-minute oasis. Go, relax and get something written for you.

type-a-poet is on multiple times at night at Melbourne Fringe until October 22nd.