REVIEW: A Simple Act of Kindness by Ross Mueller 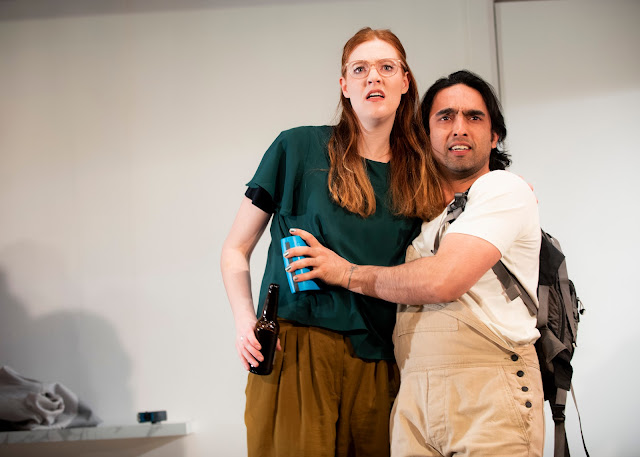 It’s a truth universally acknowledged, that a millennial in want of a house in Melbourne, needs help from the bank of mum and dad. And even then law school dropout Sophia has concocted a story about being engaged to her gay bestie, Geoff, I mean, Greg, in order to justify the very substantial deposit – to live in a fixer-upper apartment in outer Laverton South.

What starts out as a satire on the housing market blossoms or, more accurately, metastasises into farcical story of concrete cancer, self-portraits, denial, kitchen-sink dramas, addiction to video games and a child learning to parent her parents. All set against the very-specific backdrop of Melbourne 2020 and the worlds’ longest lockdown/s (so far).

Lou Wall takes centre stage as daughter, Sophia, who thinks she’s tricked her dad into helping her into the housing market and gets stuck with her parents and Geoff, I mean, Greg, during lockdown. Lou takes full command of the stage, which they barely leave during the show’s chaotic 110 minute running time.

Lou’s comedic talents are well-known from their solo shows, so it was so satisfying to see them take the lead of the ensemble, dragging mum and dad and her fake fiancé from one drama to the next, as the earth threatens to swallow them whole.

Playwright Ross Mueller’s script is wild, for sure, but there’s some true heart and thoughtfulness underneath the maelstrom of comedy rants and hilarious slapstick. There’s a lot of great observational humour about familial relations that peek out on occasion, grounding the shenanigans and suggesting a way for this strange family to survive 2020 and the rest of their lives.

The question is – will this family listen long to each other long enough? Or will endless isolation lead them to self-destruction?

Sarah Sutherland’s mum has perfected that well-to-do Briiiighton accent that us Melburnians are all too familiar with. Joe Petruzzi’s dad has jumped from one scheme to another all his life and thought that working in travel would be a stable career. Khisraw Jones-Shukoor’s Greg is the outsider on the inside, able to see through the family’s façade but unable to do anything about it.

The ensemble whir around the stage in perfect comedic choreography, lamenting their losses and struggling with what they have left. Mueller’s script occasionally lifts – and re-writes – passages from well-known plays as if satirising the well-made play itself, but this isn’t as sharp as when he cuts down the characters for their middle-class ignorance and their nostalgia for material things.

Director Peter Houghton keeps all the pieces moving, running everything like clockwork. It’s a real theatrical feat to keep a comedy moving this fast, risking the wheels falling off and somehow they never do.

A Simple Act of Kindness is not simple. It’s smart, incisive on so many things political and personal, and truly hilarious. 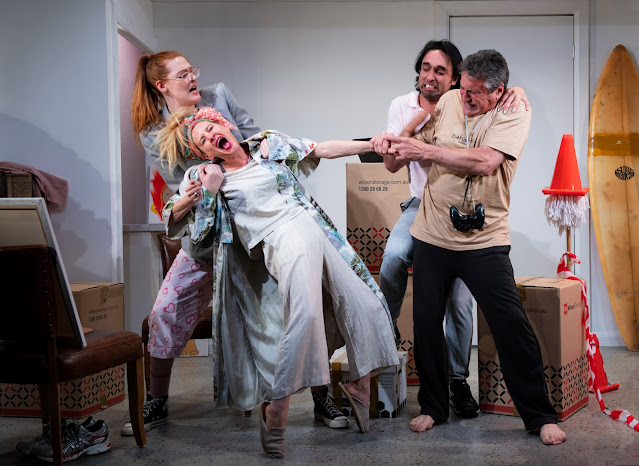