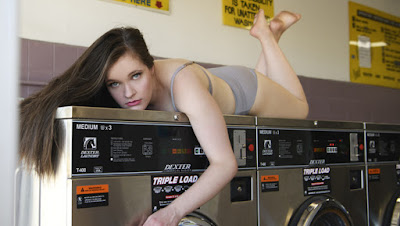 Alice Tovey’s Existential Crisis is A Rock Opera where Alice hashes out all the issues she’s having during her quarter-life crisis. It’s hard out there for a millennial when you’re full of anxiety and not sure if your partner is right for the upcoming zombie apocalypse.

Alice is backed by a four-piece band, The Apostles, a hold over from her earlier show Personal Messiah, which was a lot more personal, given her Catholic upbringing, which I learned about in her first show, Malice.

While she rocks a slinky body suit with some impressive tassels hanging from her arms, the songs themselves don’t match up to her best work. In fact, the best song from the night “Australia’s Fair” is from another one of her shows.

Her concerns are those of a generation, which is a pity – because in the past her work has been more vital because we felt like we were getting to know her. I guess it’s fitting to end the review of a rock show by saying, in the words of Regurgitator, I like her old stuff better than her new stuff.

Existential Crisis is on at the Malthouse until April 8th.
alice tovey MICF micf2018

Unknown said…
I disagree, showing concern for others rather than herself demonstrate her growth as a performer, looking outwards rather than just focusing on herself. As for the use of "Australias Fair" that particular production was a a short run in a small venue meaning the greater public would not have gotten to experience that great song if she hadn't have used it in this show.
1 April 2018 at 16:17

Keith Gow said…
Hi Suzanne, thanks for your comment. I don't think focusing outward is necessarily a sign of her growing as a performer. I've heard better and more incisive songs from her in the past, in a range of styles.
2 April 2018 at 09:35